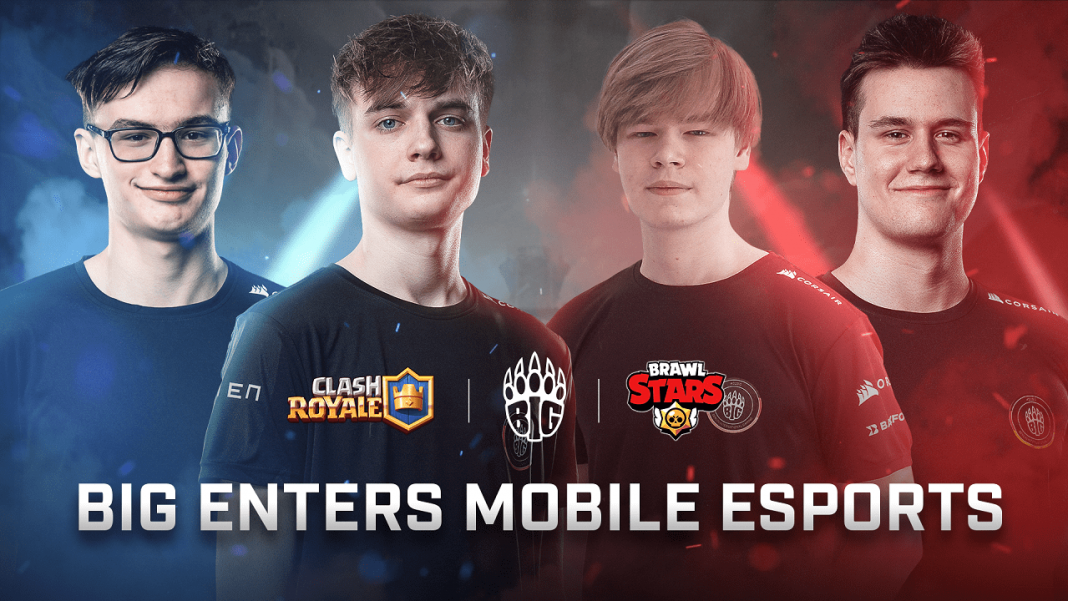 Over the course of the past decade, mobile gaming has become a large and important part of esports. Tens of millions of active players, a robust esports system and an incredible fanbase following the tournaments, mobile gaming is here to stay. We are delighted to enter the space by signing our Brawl Stars and Clash Royale players.

Taking up 51% of the global gaming industry revenue, mobile gaming secured an estimated 2.4 billion players in 2020, with the number still growing at a 12% increase from 2019. With a revenue of $77.2 billion, it is considered to be one of the best performing industries over the course of the last year. Accessible and engaging players from all demographics, mobile gaming has a worldwide reach that brings fans from all over the world to the screens.

In our Brawl Stars team we welcome Lars “Lars” Mayer, Deen “NeeDeeN” Sahinovic and Ruben “SugarSnort” van Schilfgaarde. Young, talented and hungry for success, our trio has already made a name for themselves internationally, and will continue their road for trophies under the BIG colours. Their work will be assisted by analyst and team manager Adrien „Shoto“ Desjardins. With over 265 million downloads, Brawl Stars is considered to be one of the most popular mobile games in the present.

We also welcome aboard our Clash Royale professional Luis “Schwarzen“ Keller! Originally emerging in Clash of Clans, Luis quickly noticed his aptitude for mobile gaming and quickly rose to be a high level player in Clash Royale. He now looks to continue his growth and become one of the best players in the world. Millions of players come online to play Clash Royale on a weekly basis, and the title has seen over $3.3 million in prize money handed out already. Both Clash Royale and Brawl Stars are part of the ESL esports ecosystem, which provides a consistent structure for the competitive aspect.

Statement Daniel Finkler, BIG CEO
I am excited to announce that BIG is now involved in mobile esports. This move is a major milestone in our history. The growth rates of the mobile gaming market significantly exceed the traditional gaming markets for years. Already today, the overall market volume exceeds the PC and console market, and the future looks undoubtedly very promising. We believe strongly in the mobile community and have made a conscious decision to enter it. With professional players in Brawl Stars and Clash Royale, we now have an excellent starting point for our future mobile operations. Both games are very established and part of the ESL mobile esports ecosystem. I`m already excited to see our new athletes compete.