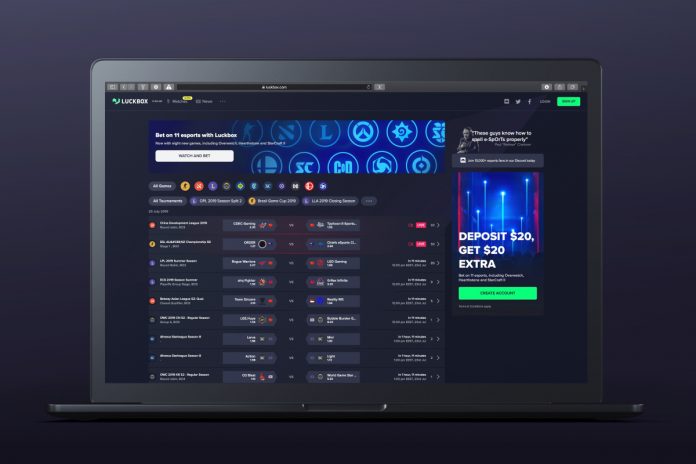 MLS goalkeeper Luis Robles has joined the growing band of sports stars to make an investment in esports.

The Inter Miami stopper has followed in the footsteps of Michael Jordan, Steph Curry, Kevin Durant and Odell Beckham Jr, who have all backed projects in pro gaming in recent years.

Robles, who is part of the Inter Miami squad owned by David Beckham, is among the investors in Luckbox – a fully licensing betting company that allows esports fans to make wagers on their favourite professional games.

And Robles’s timing appears to be perfect. Luckbox has reported record figures in the first half of 2020 and is now preparing to go public on the TSX Venture Exchange.

Robles, 36, has a degree in finance from the University of Portland and is a keen investor. He has seen first-hand the boom in popularity of esports among his team mates.

Robles said: “On the road, I’ll be watching Netflix, while my room-mate is watching Twitch.

“My team-mates, they’re watching in the same way they watch an opponent for a football match. They like to see tactics and strategies, what people are using and what works so that they can use those things in their own game.

“That to me was mind-blowing. And yet, it’s what people are doing and it shows the importance of esports in our culture right now.”

With the MLS among the many traditional sports on hold during the COVID-19 lockdown, pro players have taken to online FIFA matches as a way of keeping alive competition between teams and rivalry between fans.

Robles said: “With what’s going on in the world right now, a lot of the way we’ve been able to maintain a connection with our fanbase, is through FIFA – using FIFA as an avenue through which players can still compete, while entertaining and engaging fans. To some degree, it’s been successful.

“I think everyone wants us to be back on the field and playing, because that’s how they know us but it’s still a creative way of staying engaged with fans.

“From what I’ve seen, not only is a great way to continue to engage our fanbase but it’s great for the players – to keep the camaraderie and the banter going, the spirit in the locker room.

“It is different but times are very different right now and you have to find other avenues in which to do things.”

The big question, of course, is who is Inter Miami’s best FIFA player?

Robles said: “It depends on who you ask. If you ask Rodolfo Pizzaro, he’s going to say it’s him. Same if you ask Julian Carranza or Lee Nguyen.

“These are all guys who are heavily into it. They have their stations in their house. They’re very competitive, they put a lot of pride into their game.

“You have Lewis Morgan, from Scotland, who also seems to be really good. I think if you ask those four different players, you’d get four different answers but I can confidently say that I am not the best FIFA player and I would probably be competing for the worst FIFA player.

“But I love investing, I love diversifying my portfolio and looking at different decks and wishing I could get involved and Luckbox has given me a great opportunity to do that.”

Luckbox’s CEO Quentin Martin said: “It’s well documented that esports is super-hot right now and many famous names from the world of sports and entertainment have recognised this by backing a host of projects.

“We’ve been live in 100 countries for just over a year now, so we’re still a very young company. To have the support of someone as highly respected as Luis is clearly a massive boost for our company.

“For sports fans, betting on outcomes is often an extra way to enjoy the match experience. Safe, legal and legitimate betting is increasingly important to esports and, over the coming years, it will be the dominant driver of revenue for the industry.”