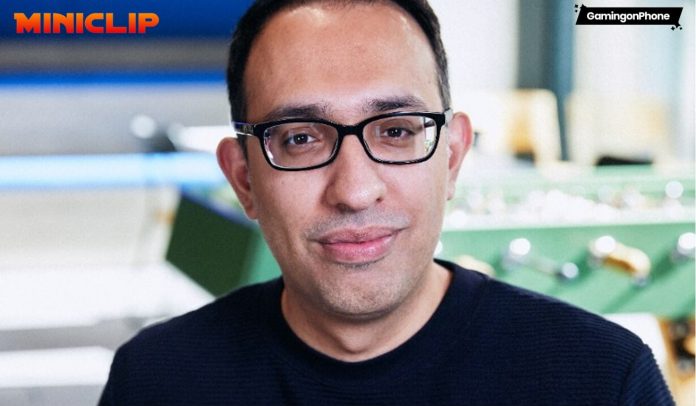 Miniclip, a world leader of market-defining mobile game titles, has announced that Chief Strategy Officer, Saad Choudri, who has been with the business since 2011, has been appointed CEO. The move has been welcomed by senior leadership within Miniclip and its majority investors, Tencent.

Saad brings with him over a decade of experience from within Miniclip, and a background working in Sega before starting at Miniclip in 2011. He has worked in numerous roles including VP of Business Affairs, Chief Commercial Officer, and most recently Chief Strategy Officer. He has officially assumed the role in November.

Rob Small, President, Miniclip, said “Saad has made an enormous contribution to Miniclip’s success over the last decade and I am looking forward to supporting him as Miniclip’s next CEO.”

Saad Choudri, CEO, commented: “Miniclip has a long history of leading in the industry, first to browser, before innovating in mobile. Its strong vision and focus on building quality games that reach billions of people to unleash the gamer in everyone, has always helped define the business and allowed us to find ways to innovate in a crowded and unpredictable marketplace.

“In my new role as CEO, I aim to continue the great work of the leadership team, doubling down on the Miniclip vision which has seen us triple our revenue over the last three years. I will continue to be heavily involved in the strategic direction of the company, supporting M&A to bring in further studios to our family and launch more games next year than ever before, as well as ensuring our culture remains strong and supportive.”

Jurgen Post stepped down as CEO earlier this year for family reasons. Rob Small, the President, had temporarily stepped back into the role of CEO in the company that he founded 20 years ago to ensure that strong leadership remained during this transition.

Regarding Jurgen’s decision to step down to take more time with his family at a difficult time, Rob Small also commented: “I would like to take this opportunity to express my personal gratitude to Jurgen for all that he has contributed to Miniclip during his tenure. We have deep compassion for his situation and wholeheartedly support Jurgen’s decision to focus on his family for the foreseeable future.”

888 Extends its Partnership with Leap Gaming