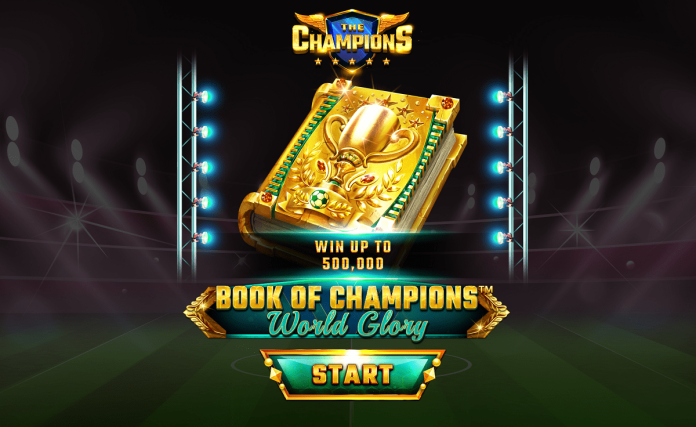 Spinomenal, the leading iGaming content provider, has netted another winning slot with the release of Book of Champions – World Glory. The game is part of the Champions Series and is accessible within the Spinomenal Universe.

Before the base game kicks-off, players must slide into the manager’s seat to pick one of five different teams in a bid for glory on the reels. Once the starting selection is made your chosen team kit will pick–up results each time it is revealed – there is the option to change teams before each spin in the base game. An Arabian themed soundtrack builds an atmosphere that reflects the action in Qatar.

The Book of Champions Wild symbol is also a scatter and will count as any symbol. Three or more Wilds on the reels pay 3-x2, 4-x25, 5-x250 while also triggering 10 Free Spins. Once Free Spins launches, players turn the symbol wheel to discover which will be the Expanding symbol within the feature.

Once in Free Spins, the assigned Expanding symbol will expand to form new paylines to go alongside the existing ones. The expanding mechanic will only happen with a win. The Expanding symbols count separately from the original slot result.

Spinomenal’s CTO, Omer Henya, commented: “What better way to celebrate the start of the World Cup with our football-inspired slot. Book of Champions – World Glory gives players the opportunity to choose their team as they challenge for ultimate glory!”

Say Hello to Wild Icy Fruits – a Perfect Duo of Slot Simplicity and...

Registrations are open for MARE BALTICUM in Vilnius; Nominate your company for the BSG...