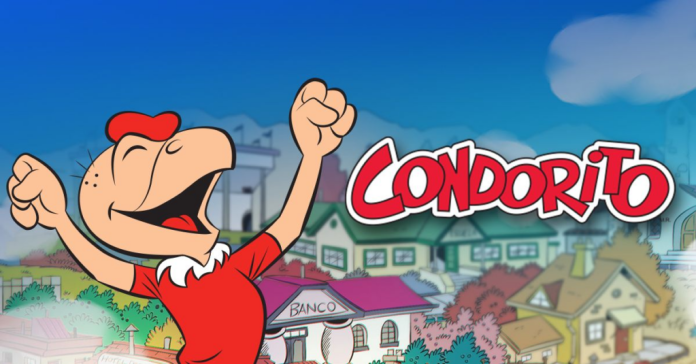 Vibra Gaming has launched its latest flagship slot game based on the story of Condorito, after acquiring the rights to the legendary Latin American character.

Vibra Gaming, the leading games and platform developer for the LatAm region, has launched the long-awaited title, based on the adventures of the famous character Condorito, or Little Condor in English.

The new slot includes famous catchphrases from the comic strip such as ‘Plop!’ as well as several of the famous Chilean Condor’s cartoon sidekicks such as Yayita, his eternal lover, his rival, Pepe Cortisona, and his great friends, Huevo Duro and Garganta de Lata.

The world depicted in the much-loved comic is the main source of inspiration for the slot game with the main screen representing the city of Pelotillehue, where Condorito’s adventures take place.

Condorito and Pepe Cortisona fight for Yayita’s love in one feature, while in another the Wild Condorito symbol can unexpectedly appear in different areas of the main screen with the classic ‘Plop’, replacing different symbols to award a host of prizes.

In the Free Spins bonus, the screen changes completely and the Pelotillehue FC soccer field is shown where Condorito and Pepe Cortisona face each other in a fierce match filled with excitement with even more great prizes for players.

The Condorito comic strip was first published in 1949 and, since then, has continued to grow until becoming one of the most widely read comics in Latin America.

Condorito has been a huge success in several LatAm countries. In Colombia, it became the most widely read magazine while, in Chile, its country of origin, Condorito is known as the most recognised real or fictitious character.

Fortnightly, special and luxury editions of the comic were published, as well as millions of views on social media, licensed products, and an animated film. For more than 70 years the beloved Condorito, created by René Ríos, better known as ‘Pepo’, has become part of the culture and fabric of popular culture in Latin America.

Christian Zuñiga, Manager of New Business for Chile and LatAm at World Editors Chile – Condorito, said: “We are delighted to work with such a renowned and outstanding company in LatAm as Vibra Gaming. Step-by-step we have witnessed the passion they give to each one of their creations and we are sure that we have left Condorito and his friends in excellent hands.”

Ramiro Atucha, CEO, Vibra Gaming, said: “We have been getting ready for this launch, our most awaited release of the year, for several months now. We are grateful to the whole team of World Editors Chile for entrusting us with this licence, and to all our team for their great work in delivering such a s great gaming experience for Condorito fans everywhere. It is a pleasure to bring Condorito to the slots world.”