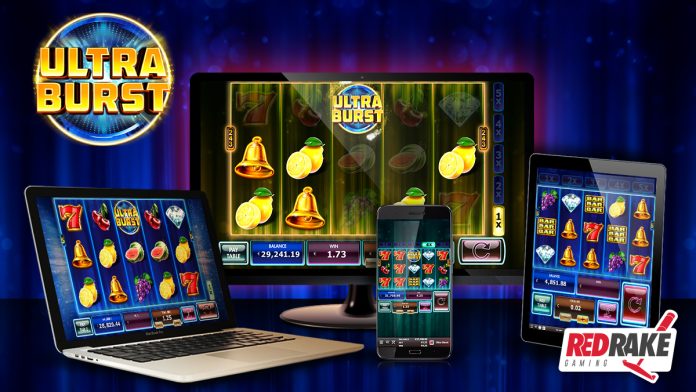 The leading content provider in the sector, Red Rake Gaming, is taking players back to the most classic slots with its new game Ultra Burst, a video slot offering 5 to 243 different ways to win in a flash.

During this feature, all the symbols that form winning combinations disappear, paving the way for a new spin with an even greater multiplier. Your emotions will run increasingly high during this feature as you accumulate respins: the more that appear, the higher the multipliers.

The spins will continue until no win has been landed, or until the maximum multiplier has been activated, which could be up to 5 times the bet.

This video slot features a basic blue background, which changes colour during the “Ultra Burst” feature, making emotions run even higher and distinguishing each multiplier from the rest.

This new video slot was launched today, the 26th of May, with all Red Rake Gaming operators, and it is naturally included in the tournament tool of this highly acclaimed games provider.

SPORTRADAR APPOINTS JEFFERY YABUKI AS CHAIRMAN OF GLOBAL BOARD