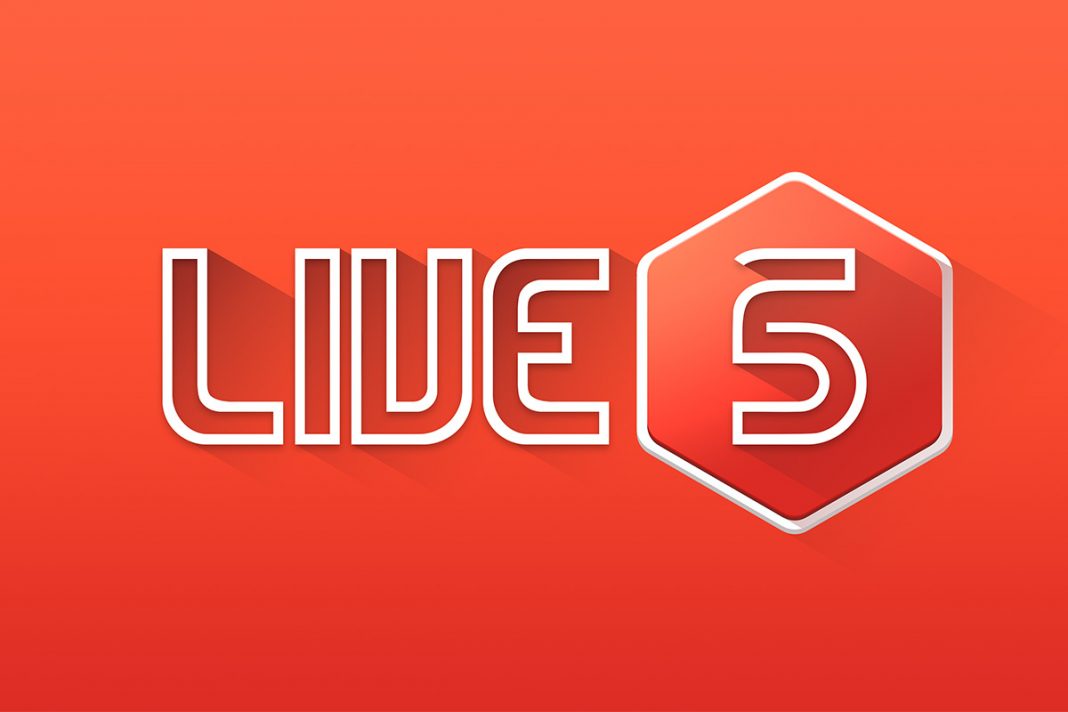 Live 5 is taking players to an exotic tropical island in what is set to be the hottest slot launch of the summer, Erupting Wilds.

But players must proceed with caution; the island is home to an active volcano that can erupt at any point during the base game, raining down all kinds of Wilds on the reels.

The 5×3 reel slot can expand to a massive 5×5 on reels two, three and four with burning Wilds stacked on top of each other with the volcano throwing out additional Wilds at random.

Every spin has one, two or three Lava Reels; if a Wild lands on that reel the Sticky Wild Lava Reel Respin feature bursts into life.

This sees the Wild lock into place and award a Respin. Another reel then becomes a Lava Reel and if a Wild lands on it, the sequence is repeated.

If players can still handle the heat, they will want the Free Spins bonus to trigger. This is activated when three, four or five Scatter symbols land anywhere on the reels.
reel matrix expands again from 5×3 to 5×5 and the volcano throws out a random number of stacked Wilds with every spin.

There are three tiers of BlastTM – SUPER, MEGA and ULTRA – and each tier has a set of symbols removed from the reels, creating higher volatility and larger potential wins.

BlastTM consists of two parts, the first is a pre-game with a wheel where players spin the dial to land it within the win zone; if they land outside the win zone there is a 50/50 chance that the win portion will increase in size.

The second part is any spin that lands within the win zone will play out 4 spins on a 5×5 reel matrix where any Wilds that land are Sticky.

Live 5 has emerged as one of the most in-demand game developers in the market by combining smart math and modern mechanics with striking design and authentic sound.

This approach creates games that deliver unrivalled levels of fun and entertainment with plenty of big win potential.

Lloyd Butler, CEO of Live 5, said: “Players may not be able to travel abroad this summer but with Erupting Wilds they don’t have to as the game takes them to a beautiful tropical island.

“Of course, they need to be mindful of the active volcano which can erupt at any moment and throw Wilds onto the reels for some red-hot wins.

“Erupting Wilds is a great addition to our portfolio, and we look forward to seeing players arrive on the shores of our paradise island and land some truly scorching wins.”

Virtus.pro will take care of a real bear