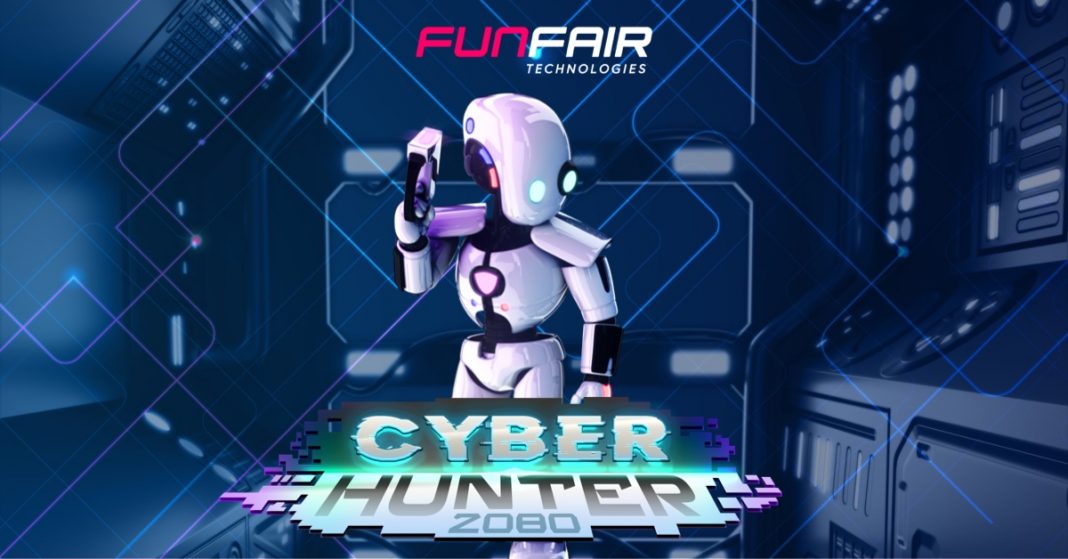 The 5×3 slot teleports players to a futuristic city overrun by criminals who are pursued by the game’s high-tech cyber cop. Players who capture 3 energy cells trigger a free spin mode where they are given the opportunity to enter hunter mode. Find the criminals’ lucrative stashes and net a possible 5x bounty hidden in the corners of the underworld.

Featuring a thematic soundtrack alongside an immersive selection of symbols, including a wild police badge that appears on any reel, players engrossed in the slot’s high-tech setting can discover a host of ways to win big.

Following FunFair Technologies’ recent hit, Shamrock Treasures, CyberHunter 2080 will be distributed via RGS Matrix’s ‘out of the box’ server, with the developer signing a major commercial partnership with EveryMatrix last year.

As well as developing games, the company has continued to go from strength-to-strength in 2021 by creating cutting-edge blockchain platform solutions to deliver Guaranteed Fair

Lloyd Purser, COO at FunFair Technologies, said: “We’re delighted with the look and feel of CyberHunter 2080 and are confident courageous players will love taking a time-travelling trip to the future for a taste of adventure.

“The game’s futuristic visual effects and immersive symbols make for an enthralling entertainment experience, and we can’t wait to hear what players think. Watch this space for more exciting game launches in the months to come!”

Macau Orders Temporary Closure of its Casinos over Coronavirus Concerns