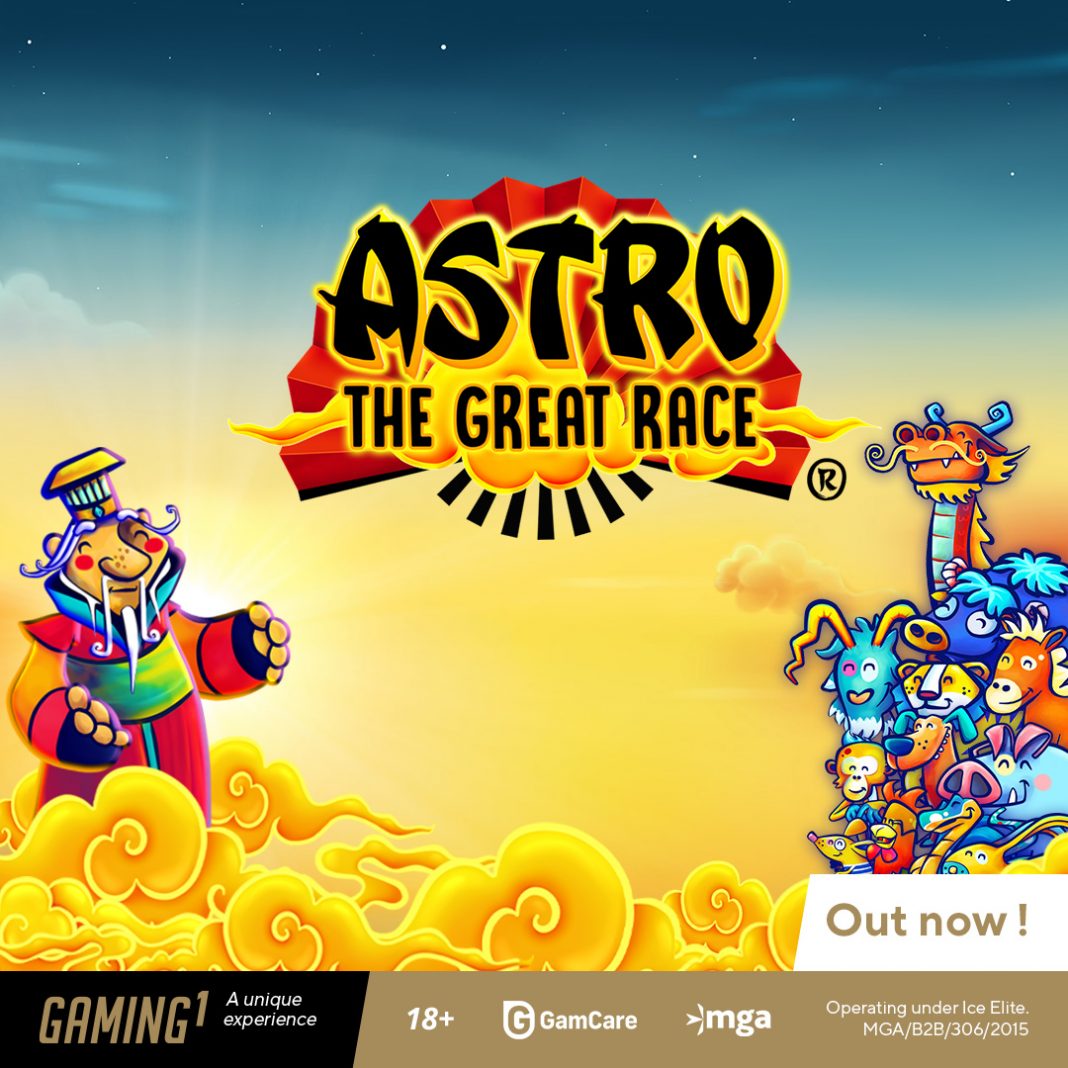 Epic title invites players to compete in a frenzied race

Long ago, before there was a Chinese zodiac, the Jade Emperor wanted to select 12 animals to be his guards. He sent an immortal being into man’s world to spread the message of the race to the Heavenly Gate, and this is where The Great Race originated.

Arriving just in time for the annual festival, the five-reel title invites players to take part in a frantic race between all the animals of the Chinese zodiac, where crossing the finish line guarantees the player eternal glory, free spins and impressive rewards.

Astro The Great Race features 99 Ways to Win and provides up to 10 unique bonuses that players can win, each bringing its own set of surprises and rewards.

The Bonus features are triggered as the player moves around the trail surrounding the game, with winning spins unlocking multipliers, reel re-spins, bonus wheels and free games.

Commenting on the launch, GAMING1 COO Sylvain Boniver said: “We are delighted to announce the launch of Astro The Great Race in perfect time for the Chinese New Year.

“The slot is the latest to join our immersive gaming suite, following hot on the heels of the smash-hit titles that we released over the course of the past year. With a number of exciting launches still in the pipeline, we hope to carry this success into the coming months.”

#MBGS2020VE announces Nadiya Attard, Director of Sales at Relax Gaming, among the speakers.

1×2 Network Integrates its Games with Singular

Examining the Relationship Between eSports and Online Gambling