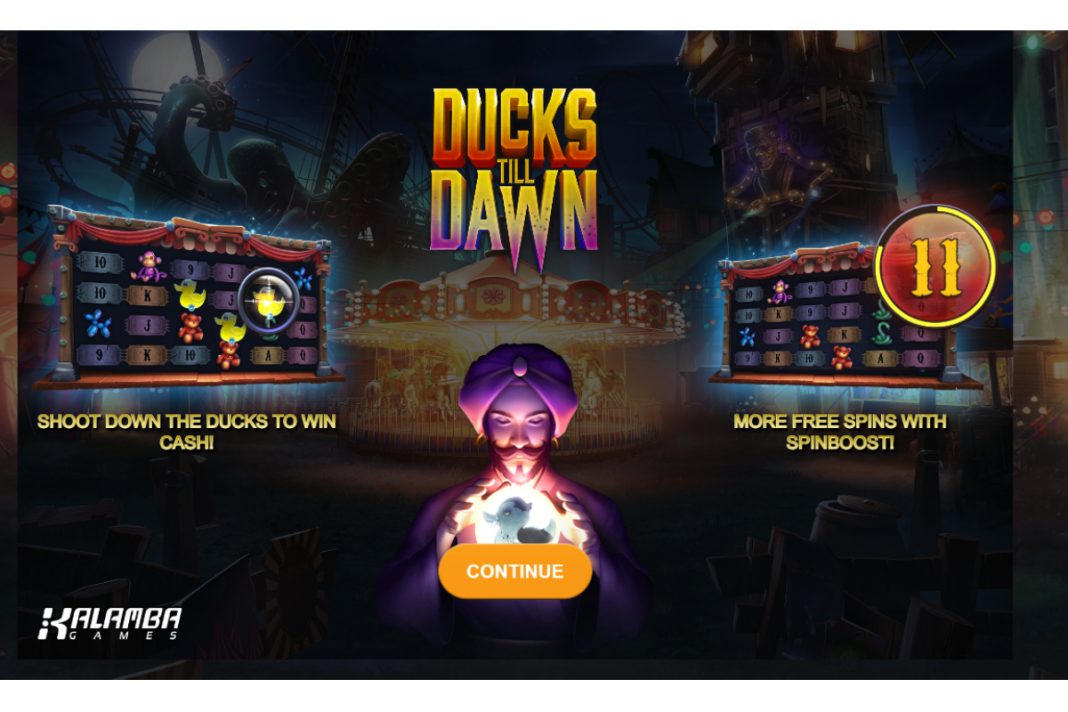 Innovative slot supplier Kalamba Games is inviting players to a spooky fairground to try their luck at shooting ducks for big wins in their feature-filled title Ducks Till Dawn.

Set in twilight and featuring familiar characters from the fairground, Ducks Till Dawn comes with a fresh new mechanic and a modern theme which is sure to thrill players of all demographics.

Ducks move across the reels and if one is caught in the crosshairs the player will win the amount shown on the duck. If multiple ducks are landed, the win can be multiplied up to 200x the bet for extra volatility.

The Spin Boost feature allows players to fill two meters at the top of the screen by simply playing the base game. The gauges increase with each spin and when full, award up to 15 Free Spins, adding an extra layer of engagement to the title.

During the Free Spins feature, multipliers are higher than in the base game, offering even greater win potential.

The new release has been developed in partnership with Kindred and is distributed via the Relax Gaming platform through its Silver Bullet partner programme and Kalamba’s Bullseye RGS.

Alex Cohen, COO and co-founder of Kalamba Games, said: “Roll up, roll up! Ducks Till Dawn is our latest adrenaline fuelled slot recreating the amusement park shooting range many of us are familiar with, offering players a unique theme.

“We are really pleased with the feature set in this title, which makes the game more exciting and engaging and will have players coming back for more.”

WePlay Esports invests in Organization.GG, a platform which helps pro gamers and streamers to...