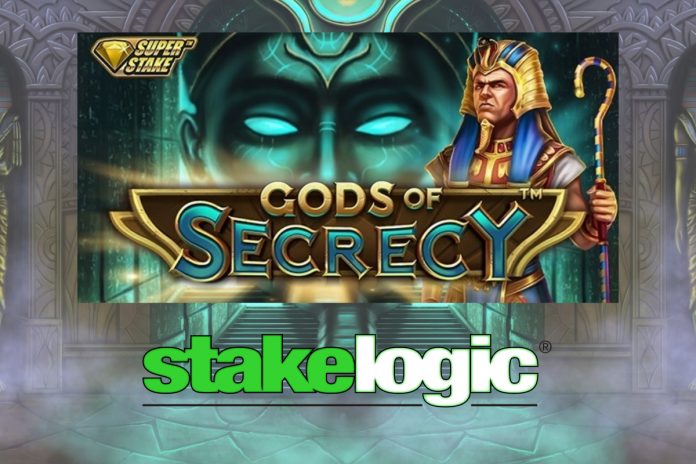 Stakelogic, the developer of the most thrilling and entertaining slots in the industry, is taking players on an ancient Egyptian adventure in its latest release, Gods of Secrecy

Players are sent on a quest to find the Pyramids of Secrets where treasures, riches and big wins await. They are helped on their way by several generous features.

This includes a Free Spins bonus round that also includes Expanding Symbols. The feature is triggered when three or more Wild Scatter symbols land anywhere on the reels, awarding 10 Free Spins.

Once the bonus is active, one of the symbols on the reels will be randomly chosen to Expand and will cover the entire reel (or reels) so long as a winning combination can be created with that symbol.

Players are given the chance to Gamble the Expanding Symbol once before the Free Spins bonus begins. The new symbol could be of higher value, but it could also be lower.

If three or more Scatter symbols land while the Free Spins bonus is active, Extra Free Spins are awarded as well as a win multiplier of up to x200.

While big wins can be achieved with Free Spins, players must discover the Pyramids of Secrets if they are to take home the biggest richest.

The feature is triggered when six or more Pyramid symbols land on the reels. The symbols stay on the reels while other symbols transform into separate reels.

There is also a Pyramid of Secrets Jackpot with three prize tiers – Mini, Major and Mega.

All three Jackpots can be won and if all 15 reels spaces are filled with Pyramid symbols, the Jackpot is won twice.

If that wasn’t enough to summon the Gods of Secrecy feature allowing players to effectively double their bet with every wager.

Stephan van den Oetelaar, CEO of Stakelogic, said: “The entire team has done an incredible job with Gods of Secrecy

“This is combined with thrilling and entertaining gameplay, including the chance for players to win big through the Free Spins bonus, the three jackpots and of course our unique and innovative Super Stake one of our best games yet.”

Planetwin365.News and Sportitalia together for a season of sports infotainment