Home Latest News Into the wild with Endorphina’s Buffalo 50 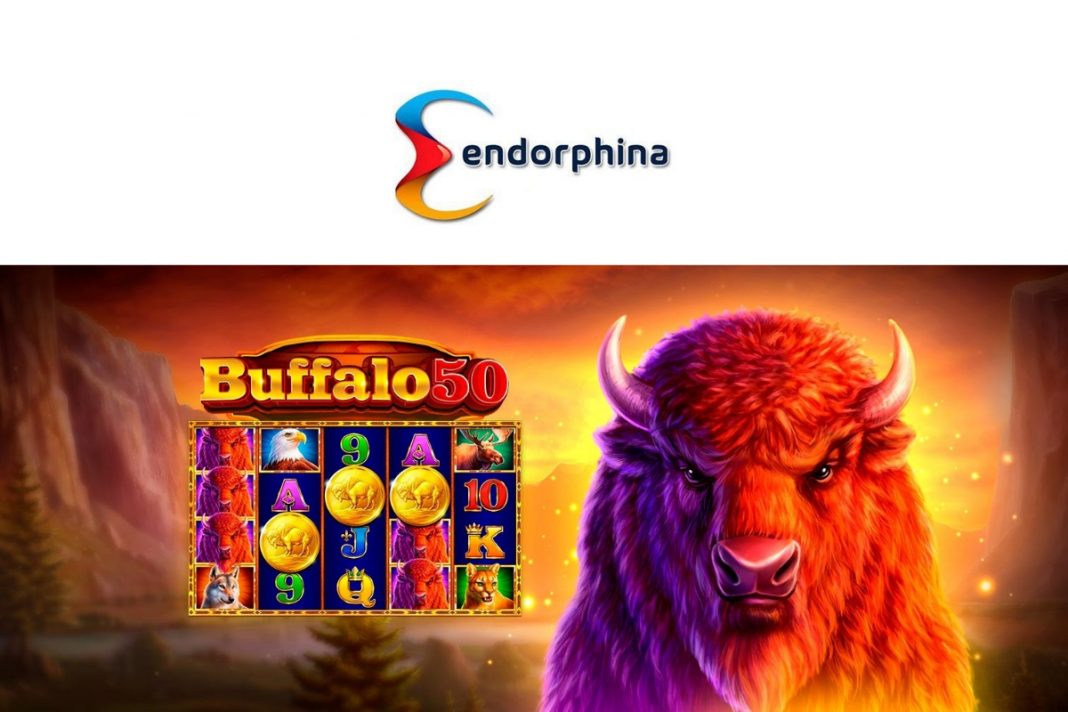 Imagine an enormous stretch of fields blending in with the deep valleys, horizons, waterfalls, and ancient giant sequoias. A place where beauty meets risks and where danger meets serenity.

Welcome to Endorphina’s slot taking place in the wild – Buffalo 50.

The American bison, often called buffalo, used to roam the plains – the golden land in the middle of North America.
But these buffalos aren’t the only ones that players can meet there. If they travel a bit deeper, they will meet the noble wolves, the proud eagles, and the very fast cougars.
The typical clear and fiery sky of the Yosemite Valley goes beyond anyone’s imagination. It’s not just a valley, but a shrine to human foresight. It came with no surprise that such a beautiful piece of American wildlife would inspire Endorphina’s developing and designing team for a new adventurous slot game.

Buffalo 50 is a 5-reel, 4-row, 50 paylines slot with stacked wilds and a free spins feature. The North American Buffalo symbolizes courage and stability – a perfect combination players are looking for in the games. That’s why the buffalo is a wild symbol that substitutes for all symbols, except for the scatter. The golden coin is also a scatter symbol. 3 scatters will win players 5 free spins with stacked wilds. Free spins can be retriggered, so players have to make sure to pay attention!
As always, the players have the chance to double their win up to 10 times, because Buffalo 50 also includes a classic Risk Game. The classic feature, that they come across in every game from Endorphina never fails to disappoint.

The Head of Account Management Gretta Kochkonyan has shared some insights on the new release:
“The plains and the animals which inhabit it has been an inspiration for all sorts of artists for a very long time. Our talented team could not miss the chance to bring together the magnificent scenery and heartening atmosphere of this place. Buffalo 50 has already been pre-released for a limited number of operators. The pre-release is a great advantage for the casinos since Endorphina’s fans can come and experience the new game a week before the actual release. The game has already proven itself to be a fabulous addition for the casinos and players.”

Buffalo 50 is the last game release in September by Endorphina. But autumn has only just begun, so there is no doubt that such a creative and prolific provider would delight us with even more legendary slots in the upcoming months.

VegasSlotsOnline Research Shows Average Yearly Spend Per Gambler in Each of the Five US...