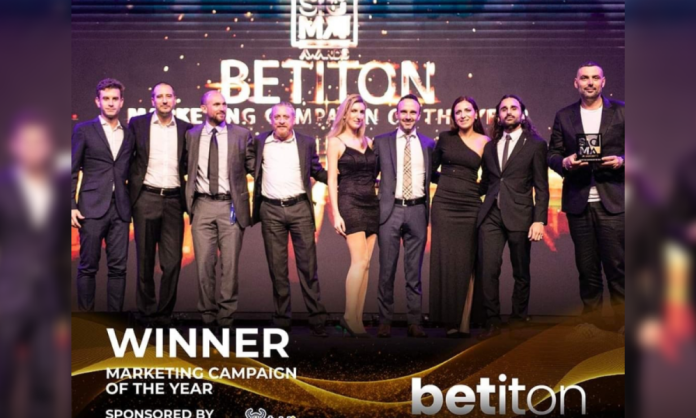 The online bookmaker chosen as this year’s winner in the Marketing Campaign category is Betiton, who received the accolade for its prediction promotional campaign known as “Guess It On”. This is a continuation of success for the company, as in its two years of existence, this is the second major award it has been honored with. The first one won is the Rising Star Operator of the Year of 2021.

After accepting the award, Betiton CEO and co-founder, Arnaud Serour said: “What a fabulous reward for the entire team behind Betiton. This award boosts more than ever our determination to deliver the best gaming experience to our players.“.

Among the many great prizes of the Guess It On promotion, the most exciting one to be won was going to a live football match with football legend Djibril Cissé. For this to be possible, Betiton users had to participate in a quiz focused on sports betting and football predictions.

Many of the most respected institutions in the iGaming world attend the Europe Gaming Awards ceremonies organized by SiGMA. The 2022 edition was held in Malta on November 14th. The event was contested by operators such as William Hill and bet365 and affiliates such as Ask Gamblers and Blue Window. During the evening, some of the other awards given out were Responsible Gaming and Online Casino Operator of the Year.

Being one of the largest organisers of events in the world of iGaming, attended by many politicians, executives, and business owners, SiGMA takes care of the preparation of some of the largest festivals in the territory of the CIS (the Commonwealth of Independent States) and five continents: Europe, South and North America, Asia, and Africa.

Established in 2020, Betiton is a gambling operator that offers casino, live casino, and sports betting. You can access these services in a number of international markets.