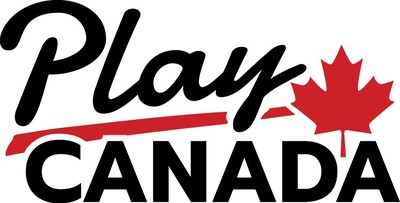 The Canadian legal sports betting market could eventually generate $25 billion in retail and online wagering annually in a best-case scenario that would include legalization of single-game wagering in every province and territory, according to a white paper authored by PlayCanada, a leading source for news and analysis of the fledgling Canadian gaming market.

Co-authored by Eric Ramsey, Dustin Gouker, and Robyn McNeil for the Play Network of sites, which includes PlayCanada, “Legal Sports Betting in Canada: A preliminary analysis of the prospects of single-game wagering” explores the nuances of a market that could begin to launch before the end of 2021. Once mature, the Canadian market “could generate billions of dollars of gross proceeds and hundreds of millions in taxes and fees annually,” Ramsey wrote.

“Like the U.S., the Canadian market will be decentralized, leaving each province and territory to adopt legal sports betting and then create their own regulatory frameworks,” said Gouker, lead analyst for the Play Network and PlayCanada.com. “Because of that decentralization, many questions remain about what the Canadian market will look like once it has been built out. It is safe to say that at the moment sportsbooks view Canada as one of the largest single remaining opportunities in North America.”

Earlier this year, parliament voted to lift the federal ban on single-game wagering, which dated back to the 1960s. Like in the U.S., where a Supreme Court ruling in 2018 paved the way for states to legalize sports betting individually, the Canadian Parliament opened the door for territories and provinces to regulate single-event sports betting on their own.

But because the majority of U.S. states have since legalized and regulated sports betting, and Canada had already long been home to a thriving “gray market” of offshore sportsbooks, it is possible to project where the Canadian market is headed, Ramsey argues.

Some of what can be expected by the third full year:

Even if every province adopts single-game wagering, the regulators in each will have to answer important questions about how to structure the market. That includes whether to create an open market, where numerous sportsbooks can openly compete with one another, similar to Nevada and New Jersey. Or regulators could adopt a closed model, where the province limits the number of operators in return for a revenue sharing agreement that more directly benefits the government.

As the U.S. has shown, the decision can have far-reaching effects on how an individual market performs.

“Canada will be home to both open and closed markets, but in the U.S., open markets offer broader benefits for the state and its consumers,” said Robyn McNeil, expert on the Canadian market for PlayCanada.com. “The tradeoff is that closed markets tend to return a larger percentage of revenue to the government. That makes closed markets appealing for policymakers, even if it slows the development of the industry.”

For more on the Canadian sports betting market or to download the executive summary and full white paper, visit PlayCanada.com.