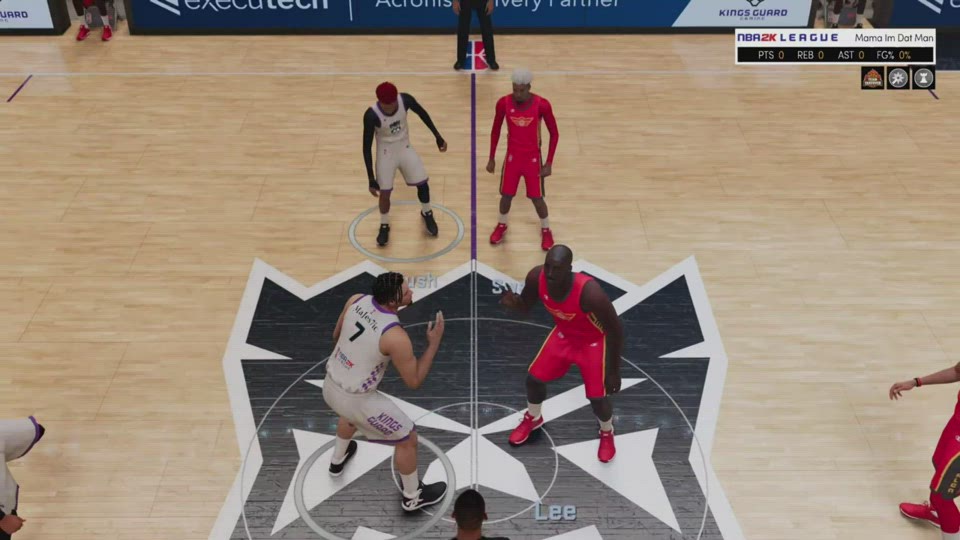 “We know Kings Guard Gaming brought their best tonight, but I’m thrilled to see our team come away with a victory in tonight’s first game. When we knock down our shots and communicate on defense, we can beat any team in this league,” said Hawks Talon Head Coach Wesley Acuff. “Our games this weekend will help us build some positive momentum as we near the end of the regular season and make a push for a spot in the playoffs.”

In the first game, Hawks Talon’s Caesar A. Martinez (CEEZ) and Mykel Wilson (KEL) each contributed 24 points apiece. CEEZ also added a game-high nine assists and two rebounds, while KEL, who shot six-of-eight from beyond the arc, also had two assists and one block. Lee Lamb (LEE) added eight points, a team-high 13 rebounds and three assists. He also had a game-high two steals. Rounding out the group was Michael Swanegan (SWANN) who had six points and a game-high three blocks, while Thomas Batts (FAKIEE) added three points and five rebounds.

Hawks Talon (6-18) will be on a bye week during Week 9. They will then wrap up the 2021 regular season with two games against Gen.G Tigers of Shanghai on Friday, August 13 at 9 p.m. and two games against Pistons GT, the official 2K League affiliate of the Detroit Pistons, on Saturday, August 14 at 9 p.m. These games will be simulcast live on the NBA 2K League’s Twitch and YouTube channels. Games will also be available on ESRevolution, Loco in India, Sport1 in Europe and Dash Radio.