Home Adam Arviv Richard Carter to ascend to the role of CEO of Bragg Gaming... 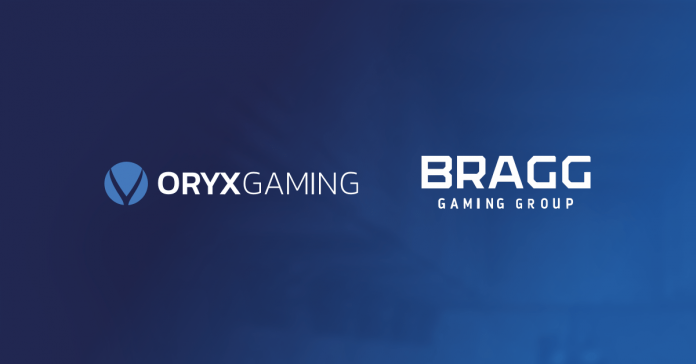 Mr. Arviv is a Founder of Bragg and remains among the largest shareholders in the Company. In early 2020, disappointed with the negative effects of continued underperformance and missteps on the share price of the Company, Mr. Arviv elected to take on an activist role in the Company and petitioned the Board to place him in the role of CEO in September 2020. At this time, the company was trading at approximately C$.30, with a market cap of C$19.5M and carrying $50M of debt.

Mr. Arviv strategically recruited prominent gaming industry executive Richard Carter as Board Chair. Mr. Arviv led the negotiations and settlement of the ORYX earn-out and guided the team in the raise of C$58M, including forcing the conversion of all warrants. Now boasting a strong balance sheet with recurring positive cash flow and no debt, Bragg graduated recently from the TSX Venture Exchange to the Toronto Stock Exchange.

“We’ve made significant progress in our strategic goals over the past months, and Richard is the ideal person to advance our plans – expanding our current market overseas and aggressively moving into the U.S. market,” said Mr. Arviv. “Richard is a recognised authority in the online sports and casino betting industry, with a proven record helping launch SBTech in the U.S. market, before the successful sale of the company to DraftKings. We’re working together to make the necessary adjustments as we transform Bragg into a major player.”

“I’m excited to lead Bragg on our mission to become a significant force in the B2B gaming space,” Mr. Carter responded. “2020 has been a very successful year for the Company and we are well positioned to maintain this momentum into 2021 and beyond.  We will continue to grow and broaden the business in our core European markets, while at the same time starting to accelerate our investment and focus on the fast-growing North American iGaming market. Now is the right time to break into this market, and we look forward to building our cutting-edge technology, data insights and exclusive casino gaming content to the market.”

Previous to joining the Board of Bragg, Richard Carter held the role of CEO of interactive sports betting solutions and services provider SBTech for the past five years, until the company’s merger with digital sports entertainment and gaming company DraftKings through a three-way deal with Diamond Eagle Acquisition Corp in April 2020. The transaction was valued at US $3.3 billion, and the combined entity has a current market cap of US $27.5 billion.

“On behalf of Richard and the other members of the Board of Directors, I would like to thank Adam for his continued commitment to Bragg,” said Bragg Board Member Paul Godfrey. “As the founder and largest strategic investor in the Company, Adam stepped into the CEO role and led the transformation of Bragg to date. He’s now handing over a company perfectly positioned to win under Richard Carter’s leadership. Adam will continue on in his capacity as chief advisor to the board and CEO.”

7 is the lucky number in Diamond Link™: Mighty Sevens!