Home eSports VP.Prodigy, Winstrike and Team Empire will meet in the third season of... 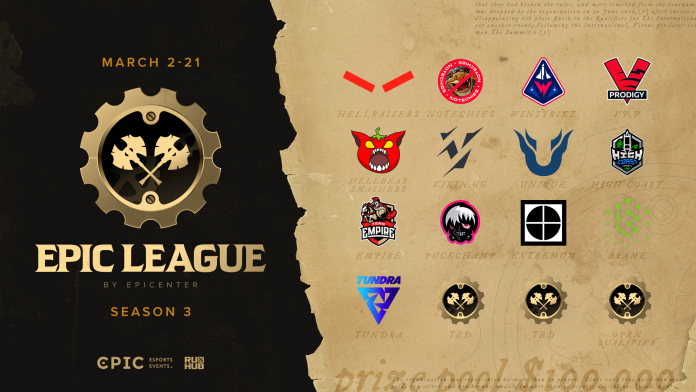 Participants of the third season of EPIC League Dota 2 tournament are announced. Invitations to the group stage of the tournament have already been received by following teams:

The three remaining slots will be distributed today.