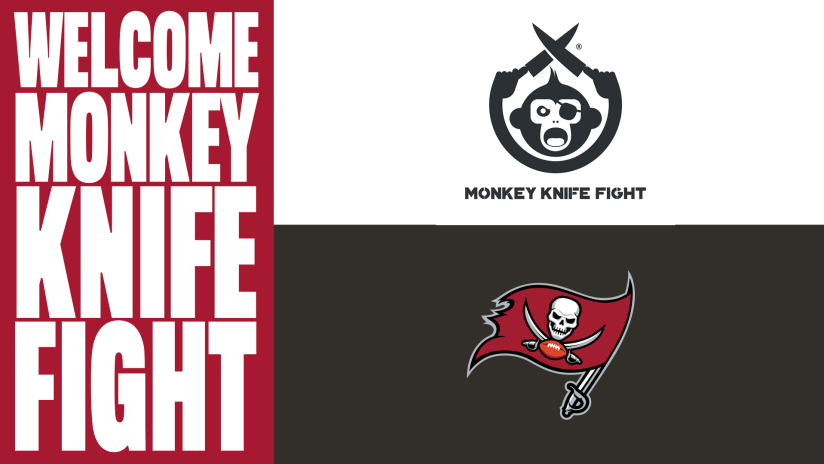 Monkey Knife Fight (MKF), the fastest-growing fantasy sports gaming platform in North America, has signed a multi-year deal with the NFL’s Tampa Bay Buccaneers. MKF will be featured in pre- and post-game radio and TV promotions, in-stadium branding, and across the team’s social media platforms.

As part of the partnership, Monkey Knife Fight will be the presenting sponsor of the team’s article series, “Five Bucs to Watch,” sponsor of the Bucs’ “Top Performer in Fantasy” highlight series, and title sponsor of an in-app predictive gaming concept. MKF will create additional contests tailored to Buccaneers fans.

“The Tampa Bay Buccaneers are an outstanding organization, and one that fits well with our brand,” said Bill Asher, Founder and CEO of Monkey Knife Fight. “Tampa Bay is going to have an explosive year with their new lineup. This upcoming season will definitely be exciting for all Buccaneers fans.”

“We’d like to welcome Monkey Knife Fight as our newest partners,” said Brian Ford, Chief Operating Officer of the Tampa Bay Buccaneers. “We are always searching for ways to enhance and expand upon the game day experience both at Raymond James Stadium and through the ever-expanding popularity of fantasy sports gaming. Monkey Knife Fight is an emerging leader in this new and exciting sports gaming space, and we look forward to beginning this partnership with a memorable 2020 season.”

This partnership adds to Monkey Knife Fight’s continued support of Florida and their professional sports teams. Recently, MKF signed deals with the NFL’s Miami Dolphins and the MLB’s Miami Marlins. Florida has shown itself to be the market where sports fans welcome MKF’s style of fun fantasy sports and where the focus is on loving your favorite team and players.

About Monkey Knife FightRanked as the third largest Daily Fantasy Sports (DFS) company, Monkey Knife Fight’s (MKF) award winning site is the fastest-growing gaming platform in North America. The company has achieved this explosive growth due to its unique, fun and engaging style of mobile sports gaming that truly levels the playing field for the average fantasy sports player. Unlike most DFS sites, where average sports fans are forced to play against professionals and rarely win, MKF offers its loyal users a dynamic, creative and ever-expanding slate of daily sports and esports contests, where having fun and winning, are part of the experience. Daily contests are offered for NFL, NBA, MLB NHL, Esports, Golf, Soccer, WNBA, and NASCAR events.

Arizona, It’s Time To Indulge In Some Sports Betting!

From Roblox to Steam – these are the platforms taking up to 65% commission...

Enter the dynamic dystopian world of The Last Sundown