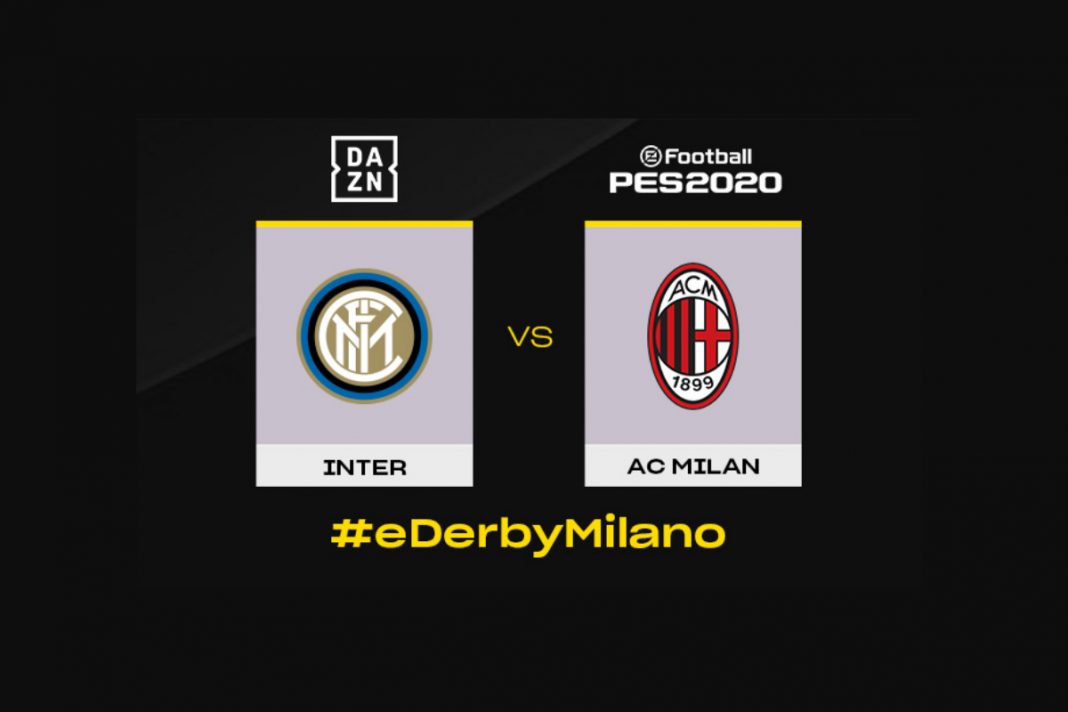 AC Milan has announced that it has joined forces with FC Internazionale and digital sports broadcaster DAZN to play the first-ever virtual Milan derby on KONAMI’s Pro Evolution Soccer 2020 (PES 2020).

The game will get under way on Friday, 11th April, at 12:30pm CEST and will see Portuguese striker Rafael Leão of AC Milan take on FC Internazionale striker Sebastiano Esposito in what is expected to be an exciting match up. Ahead of the game, the two young strikers have confessed their love for video games, with football games being their favourites.

20-year-old AC Milan striker Rafael Leão commented on the initiative: “We can’t physically be on a football pitch right now, so it will be quite fun to represent my team and play against Sebastiano [Esposito] on PES. This is a derby after all and I want to win, but most importantly this is a way to be a little closer to our fans in these difficult times.”

The commentary for the derby will be provided by DAZN commentator Stefano Borghi, with sports reporter Diletta Leotta hosting the game and interviewing the two players after the final whistle.

Fans will be able to watch the game on AC Milan’s official app (available for free on iOS and Android), the Club’s Facebook and YouTube channels and on TV subscription-based channel Milan TV.

The virtual Milan derby is part of a series of initiatives organised by AC Milan to unite all fans during the coronavirus pandemic and to invite them to contribute to the ongoing fundraising campaign launched by the Club and Fondazione Milan in the fight against Covid-19. The campaign has so far raised over €600,000 with fans able to donate via: https://www.gofundme.com/f/emergenza-coronavirus-ospedali

Fast Track Partners with Lovelace to Develop a New Gameplay Risk Engine for the...