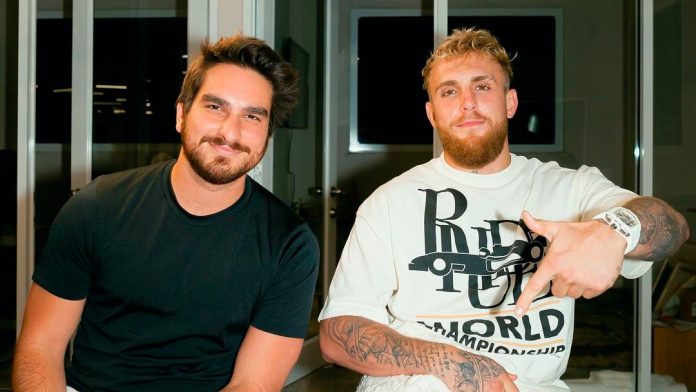 Sports betting entrepreneur Joey Levy and media mogul Jake Paul announced the creation of Betr, the first direct-to-consumer micro-betting focused sports betting company. Levy will be acting as CEO of the company, while Paul will be the President, which has raised $50 million in a Series A round.

As part of the company’s efforts, the two are also launching a new media venture for the next generation of sports fans. Betr is setting out to “disrupt legacy gambling and legacy media”, with a mission of making sports and betting “betr”.

Betr is the first direct-to-consumer sports betting company to focus predominantly on micro-betting, a new form of betting that introduces instant gratification to the sports betting user experience by enabling the moments that drive U.S. sports consumption – such as pitches & at-bats of baseball games and plays & drives of football games – to become discrete betting opportunities.

Levy is the co-founder of Simplebet, the B2B technology company that has pioneered micro-betting on U.S. sports by building the machine learning and automation infrastructure to enable this new form of betting to exist at scale.

Betr will be leveraging Simplebet’s technology and is releasing its app in the coming weeks, initially as a free-to-play experience available in all 50 states, with a state-by-state rollout of its licensed real money betting experiences to follow later this year. Betr has secured market access in multiple U.S. states through strategic equity-based partnerships that the company will be announcing in the near future.

Paul, who has 70 million followers on social media and is one of the most searched public figures on Google, kicked off the launch of Betr’s media company with a preview of “BS w/ Jake Paul,” the first of many franchises Betr will release as it aims to become the primary media platform for the next generation of sports fans.

The show will feature Jake, arguably the most disruptive athlete-influencer in sports and one of the most famous Gen-Z personalities in the world, along with his celebrity friends taking fans on a journey across the landscape of sports and sports betting through the eyes of an A-list athlete. The show sets out to become one of the most viewed and engaged sports shows on digital with each episode featuring Jake, his sidekick co-hosts, and celebrity/athlete guests as they discuss the hottest stories in sports. In addition to generating brand awareness and affinity for the Betr brand, Betr’s media company will independently generate revenue for Betr, with the company evaluating sponsorship opportunities for “BS w/ Jake Paul” and its other premium content initiatives.

Joey Levy, Founder and CEO of Betr, said: “I co-founded Simplebet to simplify the sports betting user experience – to reconsider why sports betting products felt uninterpretable to the casual fan who had never bet on sports before. In doing so, we discovered that the technology required to enable a scalable micro-betting platform around the moments that drive U.S. sports did not yet exist, given the global market’s focus was on soccer, a fluid sport without a natural start and stop cadence. So we decided to build it ourselves at Simplebet; however, years later, the user experience remains unintuitive for a mass market consumer.

“Betr will unbundle micro-betting by building an entire company around it and delivering the experience in a simple, intuitive UI layer. We believe micro-betting will ultimately emerge as the predominant way consumers bet on U.S. sports, given (1) the stop and start cadence of U.S. sports lending itself perfectly to this style of wagering, and (2) similarly to how daily fantasy sports innovated on top of season long fantasy, micro-betting introduces an order of magnitude greater level of instant gratification to the current sports betting user experience.

“We have an opportunity to build the most capital efficient and culturally relevant gambling business in the US – ultimately surpassing other sports betting companies whose primary focus remains on spending heavily on customer acquisition while offering commoditized legacy sportsbook product experiences – by introducing superior and differentiated product, while capturing billions of dollars-worth of free marketing via our media company, all while also directly monetizing our media company via sponsorship and licensing revenue.”

Alex Ursa has joined Betr as Head of Product from FanDuel, where he helped build their sports betting & casino businesses into the clear market leader. Mike Denevi has joined Betr as Head of Media from Bleacher Report, where he helped build BR Betting into the top sports betting media brand on social. The company is headquartered in Miami and the team will be working together in person, which it views as a competitive advantage in a post-COVID world that has embraced remote work.

Jake Paul, Founder and President of Betr, said: “I wasn’t into sports betting until I was introduced to micro-betting. Micro-betting is the TikTok-ification of sports betting and I am excited to bring it to the masses through Betr. We are in this for the long haul and are focused on doing things the right way. We are getting licensed state-by-state, adhering to each state’s regulatory framework while advocating for important consumer protections and responsible gambling. We want to be the category defining consumer company in both sports betting and sports media by the end of the decade and are confident we will achieve that goal.”

Simplebet CEO Chris Bevilacqua said: “We’re thrilled to be Betr’s technology partner, powering unique in-play betting experiences centered around micro-betting and transforming the way consumers engage and wager on sports. The combination of our best-in-class technology together with the reimagined user experience, reach, and influence of Betr’s distribution channels will be a powerful force in the market. This partnership features many of the best elements of the rapidly increasing convergence of sports, media, and technology and we are excited to be in the center of it.”

“Florida Funders saw a massive opportunity in a nascent market where the legacy players have not been strong from product, technology, and cultural relevance standpoints. In addition to the market opportunity, the ability to back Joey Levy for the third time – having invested early with Joey in Simplebet and in 305 Ventures – was something we could not pass up on. In addition to Jake Paul, Joey has surrounded himself with great people, including Alex Ursa and Mike Denevi. We could not be more excited about the future of Betr – and are thrilled to be on this journey as this team changes sports betting and sports media in the US,” Saxon Baum at Florida Funders said.

BOSS.Gaming Solutions signs up with Enteractive to boost player deposits