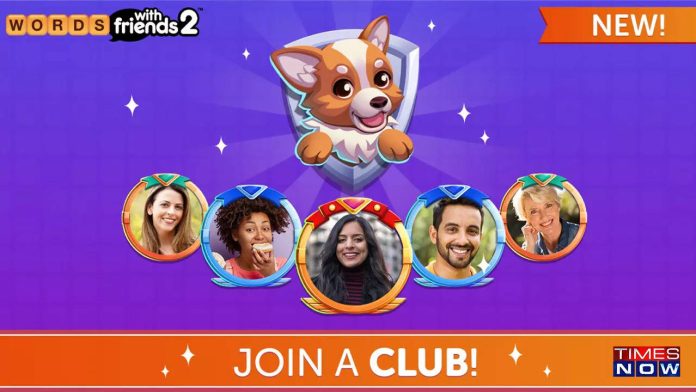 Zynga Inc., a wholly-owned publishing label of Take-Two Interactive (NASDAQ: TTWO) and a global leader in interactive entertainment, today announced that Words With Friends 2 is introducing Clubs, a new feature that expands the word game’s social experience by offering shared spaces that players can enjoy together.

While WWF2 has always been intensely social, the game has traditionally focused on competitive experiences between two players as they trade quick and clever wordplay. With Clubs, active players can form a community with up to 30 fellow players who share similar interests, play styles or skill levels. After forming or joining a Club, players can now enjoy a private group experience where they can chat, instantly start Classic games with other members and team up to compete against other Clubs.

“Words With Friends is a cultural sensation that has connected tens of millions of players to create friendships for more than a decade, and Clubs bring a new level of social connection through group activities,” said Yaron Leyvand, Executive Vice President, Head of Games at Zynga. “This feature further personalizes the gameplay experience to create a fun community where players can engage and connect in real time.”

Launched in 2009, Words With Friends has grown from a popular mobile game into a global pop culture sensation. The franchise has expanded to new platforms such as Facebook Messenger, launched a hit sequel with Words With Friends 2, and brought innovative new ways for people around the world to play. The franchise’s success through this more than decade-long journey has been powered by player connections made through quick and clever wordplay that has become a touchstone in fans’ lives.

Check out the full trailer and all supporting assets here.

EGT Peru Concluded a Deal for Over 300 Machines with One of the Major...

Galaxy Racer expands into North America to nurture and invest in emerging US women...

Football for Friendship eWorld Championship to be held for the second time in F4F...