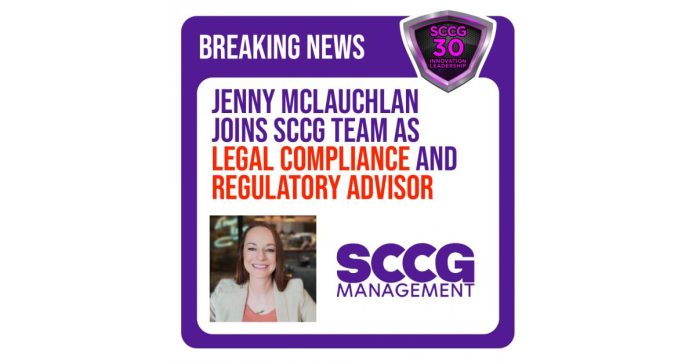 Jenny qualified with distinction as a lawyer in England & Wales in 2010 and was recruited by top law firm Pannone LLP in Manchester, England. Five years later Jenny moved to Dublin, Ireland where she worked as a Consultant for Augustus Cullen Law, one of Ireland’s leading and most progressive law firms. Three years passed before she returned to England where she became a lecturer-in-law at the University of Law before moving with her family to Las Vegas in 2020.

Jenny assists SCCG Management clients to obtain appropriate gaming licenses. Her legal mind and attention to detail serve her well when navigating the different statute, rules and regulations relating to gaming and fantasy sports across the various states.

Jenny is active in the community and is on the board of Directors for a local non-profit 501(c)3 group centered around child development.

NetEnt to launch with Buzz Bingo in the UK