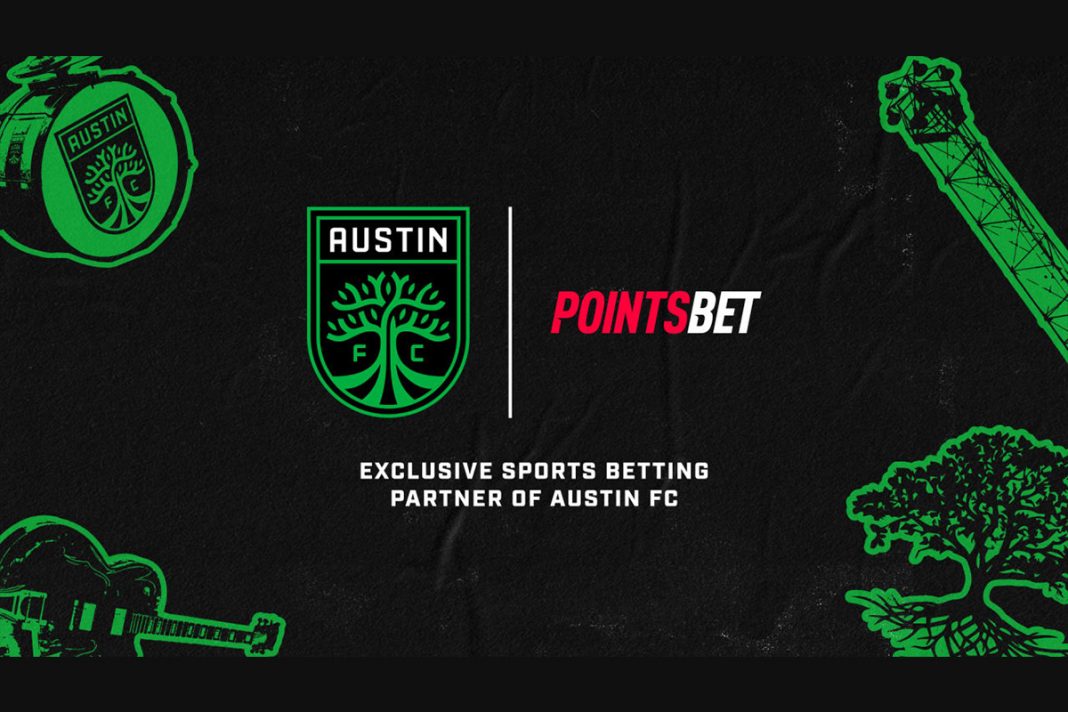 Austin FC is the only major league sports property in Austin. The Club is currently competing in its inaugural MLS season, playing home matches in the newly constructed state-of-the-art Q2 Stadium. The long-term, exclusive sponsorship agreement spans the emerging gaming category, including retail and online sports betting, daily fantasy, and free-to-play games. The relationship adds to PointsBet’s impressive list of partners while serving as the company’s first partnership with a major league sports property in Texas and first partnership with an MLS club.

“As the city’s only major league sports team, Austin FC has excited global soccer fans and is setting a new standard for what it means to deliver for their supporters and their community by putting a laser-focus on experience. That’s exactly what we’re doing in the sports betting industry, and we simply couldn’t be more thrilled to align with the club in its inaugural season as a Founding Partner. We look forward to a future when our groundbreaking technology will be in the hands of Austin FC’s passionate and tech savvy fanbase,” Johnny Aitken, CEO of PointsBet USA, said.

As a Founding Partner and as the Club’s Exclusive and Official Sports Betting Partner, PointsBet will receive prominent brand integration at Austin FC’s new Q2 Stadium. Notably, PointsBet has secured entitlement to the “PointsBet Sports Bar,” located on the second level of the North Building, and featuring a wide variety of beers, various food options, 18 television monitors, table games, and air conditioning. The “PointsBet Sports Bar” currently operates as a public bar during Q2 Stadium ticketed events and is available to anyone with a match ticket.

PointsBet will also receive full usage of Austin FC IP, marks, and logos, in addition to various sponsorship opportunities and brand visibility across multiple linear and digital assets. The two sides will collaborate on giveaways, promotional sweepstakes, and events throughout the term of the partnership.

“PointsBet has emerged as a leader in what is arguably the most competitive and coveted landscape in sports. We are honored that PointsBet has chosen to strategically align with Austin FC and Major League Soccer as they continue to expand their impressive North American footprint,” Andy Loughnane, President of Austin FC, said.

Play’n GO Crack the Case with Riddle Reels: A Case of Riches!