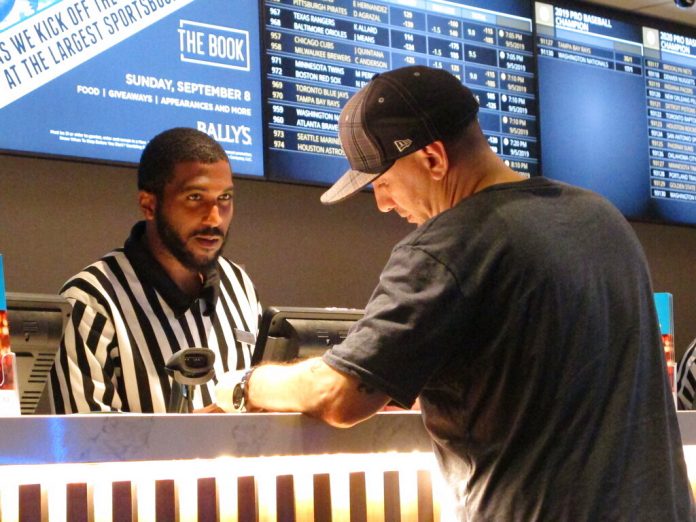 Estimates show that DraftKings and FanDuel have dominated the market, but more competition is coming, according to PlayColorado analysts

Colorado’s online and retail sportsbooks surged to a new high again in October, capitalizing on a sports schedule that resembled a more normal month than in any other since the Centennial State launched sports betting in May, according to PlayColorado analysts. This while fresh proprietary estimates from gaming researchers Eilers & Krejcik Gaming and obtained by PlayColorado show that sportsbook heavyweights DraftKings and FanDuel have so far captured the vast majority of the Colorado market.

“October’s data shows that Colorado’s market is able to thrive even as the sports schedule normalizes and able to overcome a local team struggling, such as the Denver Broncos,” said Jessica Welman, analyst for PlayColorado. “Another sign that the market is marching toward maturity is that DraftKings and FanDuel have firmed up their market leads in the state, something we’ve seen in every legal market that has launched since 2018 while attracting a large number of competitors to push innovation in the market.”

Eilers and Krejcik estimates obtained by PlayColorado show that DraftKings and FanDuel — the nation’s two largest sportsbook operators which both launched in Colorado on May 1 — have generated 84% of Colorado’s gross gaming revenue since the market launched in May.

According to the proprietary estimates:

No new operators launched in October, but more competition is coming. PointsBet launched earlier this month, and Penn National’s Barstool-branded app is expected soon after opening a Barstool-branded retail sportsbook in early November at Ameristar Casino in Black Hawk.

“DraftKings appears to be winning the battle so far, but FanDuel is a force as the two jockey for the market lead,” said Ian St. Clair, analyst for PlayColorado.com. “That leaves a lot of smaller operators fighting for the remainder of market share. Colorado’s market is still sorting itself out, though, and that could bring challengers to the dominance of the Big Two.”

Colorado’s October handle fell behind Indiana, which attracted $230.9 million, to place No. 6 among the nation’s largest markets behind New Jersey, Nevada, Pennsylvania, and rapidly expanding Illinois.

“Colorado remains a major player in the U.S. market, with perhaps the most competitive market for operators,” Welman said.

“The jump in interest in college football shows how local interest can affect betting, and a bigger jump should be expected after the return of the Buffs,” said St. Clair. “Otherwise Colorado is mirroring other major markets in that the NFL is king in the eyes of bettors.”

For more information and analysis on regulated sports betting in Colorado, visit PlayColorado.com/news.

New Report Reveals Each US States Most Popular Video Game of the Last Year...