Home Bernard Kim President of Publishing at Zynga Zynga and Lucasfilm Games Challenge Players to Enter the Arena With New... 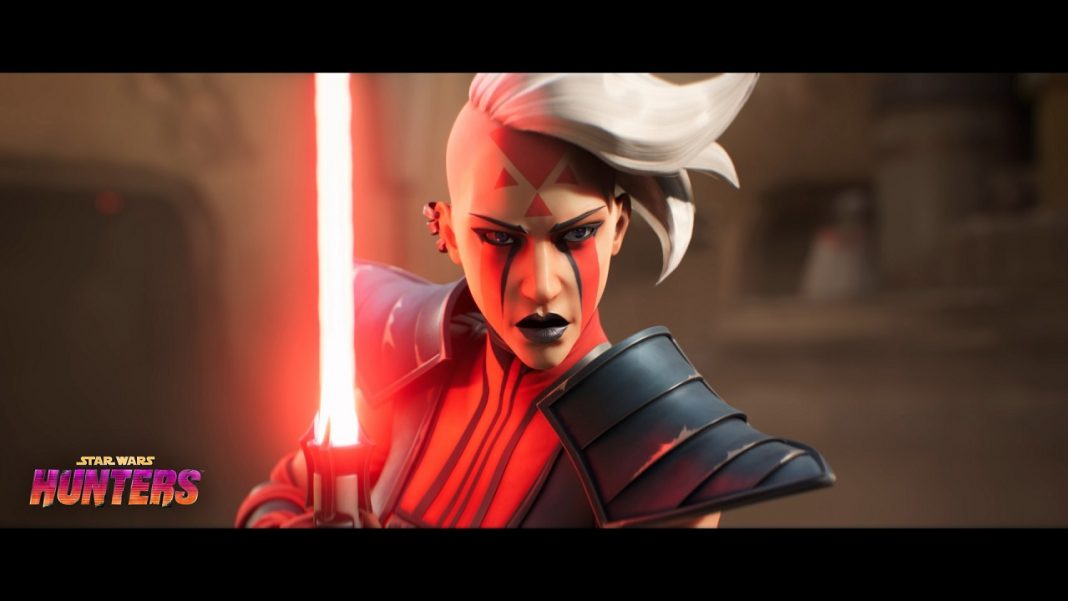 New Trailer Gives a Closer Look at the Characters, Setting and Spectacle of Upcoming Team-Based Action Game Coming to
Nintendo Switch and Mobile in 2022

Zynga Inc., a global leader in interactive entertainment, and Lucasfilm Games debuted a cinematic trailer for the upcoming arena-combat game, Star Wars: Hunters, coming to Nintendo Switch and mobile devices in 2022. This new trailer gives players a closer look at the setting, characters, and spectacle of this anticipated team-based action game, as a dark side warrior learns that no one can face The Arena alone.

Giving a glimpse at the planet of Vespaara, as the trailer unfolds, Hunters from across the galaxy spar in The Arena. Taking center stage, the shrewd dark side warrior Rieve wields her red lightsaber while Aran Tal, the Mandalorian stalwart, showcases his quick trigger finger and opposition to those who thirst for the dark side. Grozz, the Wookiee warrior with a penchant for disarming droids, deceptively diminutive Jawas with an arsenal of hidden weaponry, Zaina, the Rebel veteran who battles for honor over riches and other combatants from familiar factions and species report to the battlefield, squaring off in two teams of four to thrill the galaxy with all-in, all-out competitive combat. As the trailer ends, a wider look at the Arena complex is seen as the Hutt Ship, the command center hovering above the action, comes into view.

New information and background about the eight fighters featured in the trailer is now available on www.swhunters.com where players can sign up to receive ongoing news and updates, and join a campaign to unlock a range of special in-game content at launch. As players join forces and signup milestones are met, more rewards will be unlocked.

“Today’s reveal gives viewers their first look at the Arena, a competitive, spectator stadium attracting Hunters from the far reaches of the galaxy to seek their fortunes,” said Bernard Kim, President of Publishing at Zynga. “Giving a brief glimpse of the Arena’s high-stakes, team-based action, this trailer showcases just a few of the dynamic characters inspired by the Star Wars galaxy that fans will experience in the game. Our teams at NaturalMotion and Boss Alien are excited to show more updates and can’t wait for players to transition from ‘spectator’ to ‘Hunter’ in the future.”

Set after the fall of the Galactic Empire, Star Wars: Hunters will connect players in real time to battle in arena settings inspired by iconic Star Wars locales. Players will compete as daring bounty hunters, heroes of the Rebellion and hold-outs of the fallen Empire in an action game that immerses players in fast-paced and visually stunning Star Wars conflict. Star Wars: Hunters will be available as a free download for the Nintendo Switch, on the App Store and on Google Play and will support cross-play across all platforms. Star Wars: Hunters does not require a Nintendo Switch Online membership to download and play.

Norsk Tipping to Donate €20 to Sports Teams and Charities