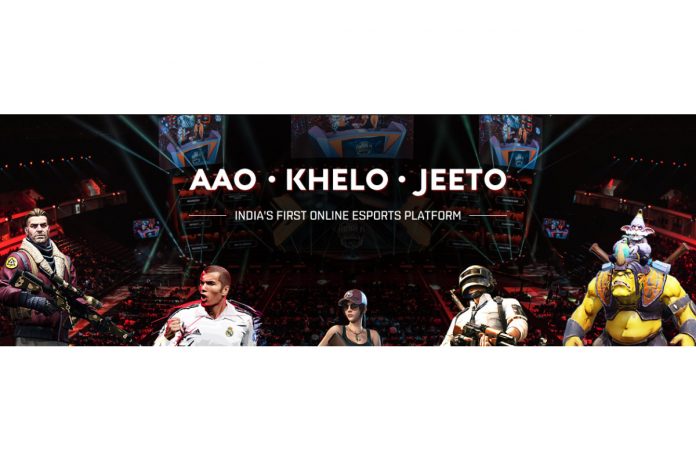 If I tell you that you can play all the esports games on one single platform, will you believe that? Well, you’ll have to because Ultimate Battle has all kinds of esports titles to play under one roof. Ultimate Battle is India’s first-ever one-stop online esports platform; players connect, interact and compete with each other in their favorite esports games for entertainment and rewards on this platform. Ultimate Battle’s goal is to bring esports into the mainstream and engage millions of gamers and fans together.

Currently, the platform has garnered a player base of 3,00,000 which is growing daily. With over 39000 monthly active users, gamers get an active community to interact with and compete against each other. The platform is now available on Google PlayStore for Android users and till now has seen over 38,000 downloads already. The freshly launched app of the platform will facilitate easier connectivity and accessibility for users and leverage the power of the mobile-first ecosystem of the country.

Here is a list of some of the popular game titles like Valorant, DOTA 2, Fortnite, Call of Duty: Mobile, Garena Free Fire, FIFA 20, Chess, etc. that the platform hosts. Besides Gameplay, Ultimate Battle enables gamers to network along with Gaming News and E-commerce portal to create a complete 360 experience.
Let’s take a look at the top five esports titles according to gamer’s engagement on the Ultimate Battle platform from January to April 2021:

Garena Free Fire is currently the most played esports game on the platform. It’s an action-adventure battle royale game played in a third-person perspective. The game consists of up to 48 players falling from a parachute on an island in search of weapons and equipment to kill the other players. Players are free to choose their starting position, take weapons and supplies to extend their battle life.

Call of Duty: Mobile stands runner-up on this list. It is a free-to-play shooter video game. It has two modes primarily, Multiplayer and Battle Royale. The multiplayer mode is the basic first-person shooter, similar to the previous Call of Duty games on other platforms along with old maps. Battle royale mode features up to 100 players. A player can choose to play alone, on a two-man team, or in a four-man squad.

Interestingly Chess stands third on the list. It’s a strange fact in a good way that even after having the options of playing so many action-packed games with high-end graphics on the platform, our analytics tell a different story. Chess is a competitive board game played between two players. The game is played on a square board of eight rows and eight columns. Chess pieces are divided into white and black sets. Each set consists of 16 pieces: one king, one queen, two rooks, two bishops, two knights, and eight pawns. The objective of the game is to checkmate the opponent; this occurs when the opponent’s king is in check, and there is no legal way to remove it from the attack.

Counter-Strike has been dominating the PC gaming scene for a decade. Growing from CS: Zero to the all-new CS: GO by Valve, this first-person shooter team strategy game has become one of the top esports title games in the world. Two teams (Terrorists and Counter-Terrorists), with 5-players on each side, face off against each other on a defined map to complete their objectives to win the round. CS: GO is one of the games with a well-structured professional scene with lots of esports teams competing every year for millions of dollars in prize money.

Valorant is the all-new character-based FPS PC game. The new in-game dynamics and mechanics with high-tech guns and skill-weapons in Valorant have become hype among gamers. In this 5v5 team battle gameplay, each player controls a different in-game character. The characters are termed Agents which have their unique skills and weapons giving every player their special abilities. Valorant has also started marking its footprint in the esports industry with various leagues and events for professional players.

Apart from online tournaments on Ultimate Battle, players can also compete with each other using 1v1 challenge mode as well as monthly leaderboard events to add to the overall excitement. 1v1 Challenges is one of the most used features of the platform as it provides instant gameplay. Players can directly challenge another active player or their friends on the platform and compete. While the leaderboards events are a function of the performance of the player on the platform.

LeoVegas announces launch in the USA