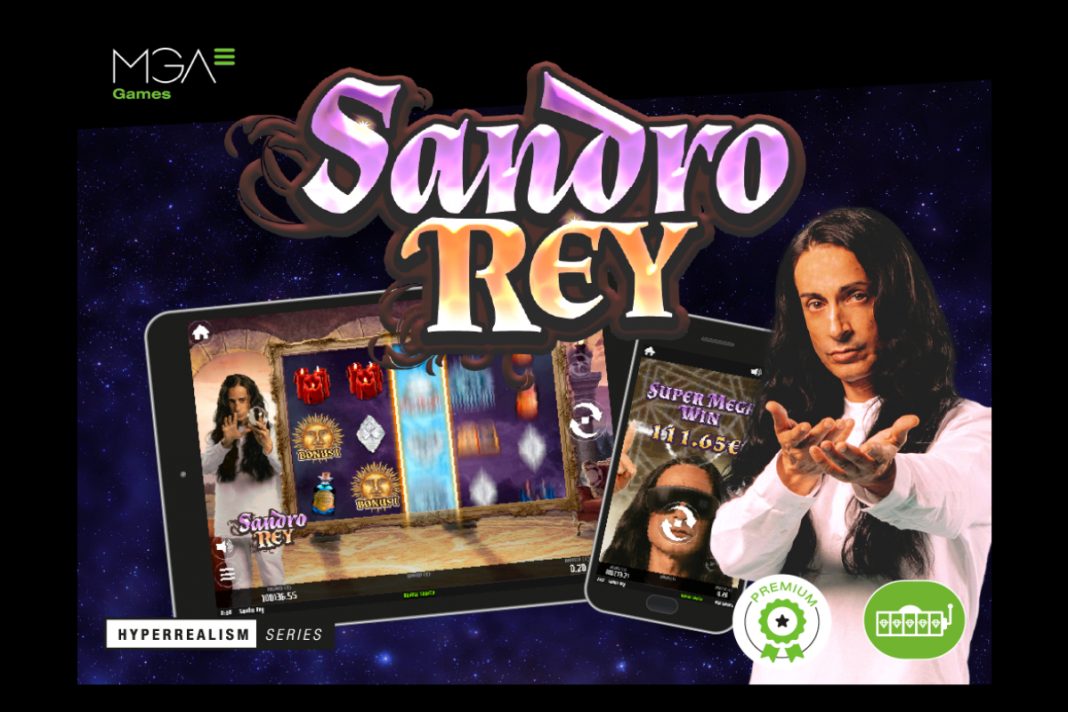 Magic and mystique are abound in the latest casino slot designed by the acclaimed MGA Games.

For the very first time, a Hyperrealism Series game will feature original voice-overs from its themed star, offering a totally immersive and realistic experience.

The 5×3 casino slot, which forms part of the MGA Games’ Hyperrealism Series range, will take users to mystical universes full of constellations, tarot cards, candles, and magic books, which will make this an unforgettable and mysterious adventure.

The slot boasts exceptionally realistic graphics, and for the first time in a 5-reel slot, the themed star’s original voice-overs have been added, helping to produce a totally immersive and realistic experience that players love.

With the 4 mini-games included in the slot, users will enjoy playing the zodiac game, the tree of life, constellations, and will find lucky numbers to help them to collect more prizes.

One of the special figures is the Wild, shown as an image of Sandro Rey wearing his famous black glasses, which acts as a substitute for any symbol to form a winning combination. What’s more, there are Bonus figures featuring symbols of the sun and moon, and the Scatter, which awards a prize with three or more figures in any position.

Sandro Rey joins the impressive catalogue of MGA Games’ Hyperrealism Series casino slots, which already boasts an exceptional cast of national and international celebrities such as Samantha Fox, Abigail Ratchford, Andy Soucek and Renata González, among many others.

Donaco to Implement Measures for Preservation of Liquidity

Upgraded tech: Plug in with All-in for easy iGaming localization

Betsson AB Appoints Andrew McCue to its Board of Directors