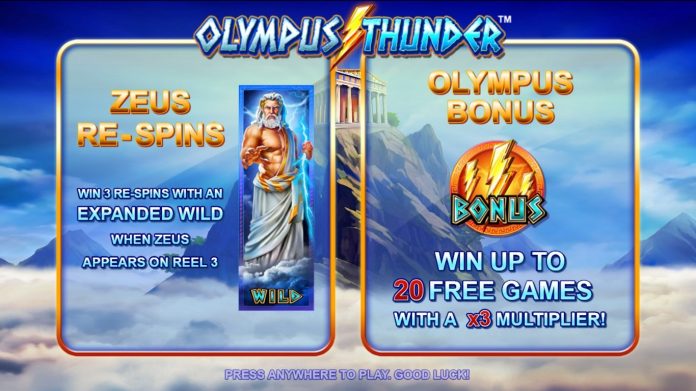 iGaming content developer Booongo has released its newest title, Thunder of Olympus, becoming the latest addition to the company’s Hold and Win library.

The supplier’s new 3×5, 25 payline game invites players to explore the splendour of Ancient Greece where the mighty God Zeus awaits on the reels.

Incorporating Hold and Win mechanics, collecting six Lightning Balls will trigger the bonus feature. Players have the chance to secure more Lightning Balls to win the Grand jackpot of 1,000x their stake by filling the entire reel set with bonus symbols. Respins are awarded if any Balls land on the reels during the Bonus spins.

Thunder of Olympus also includes a free spins mode with high paying symbols only, which is triggered when three scatter symbols appear on the reels.

Yuriy Muratov, Head of Account Management and Business Development at Booongo, said: “We are thrilled to release Thunder of Olympus, the latest addition to our growing Hold and Win portfolio.”

“With a thrilling Ancient Greek theme and engaging gameplay, we can’t wait to see how it is received by our operator partners and fans across the globe.”

Booongo’s latest release adds to the supplier’s range of Hold and Win titles, following the launch of 15 Dragon Pearls in August.