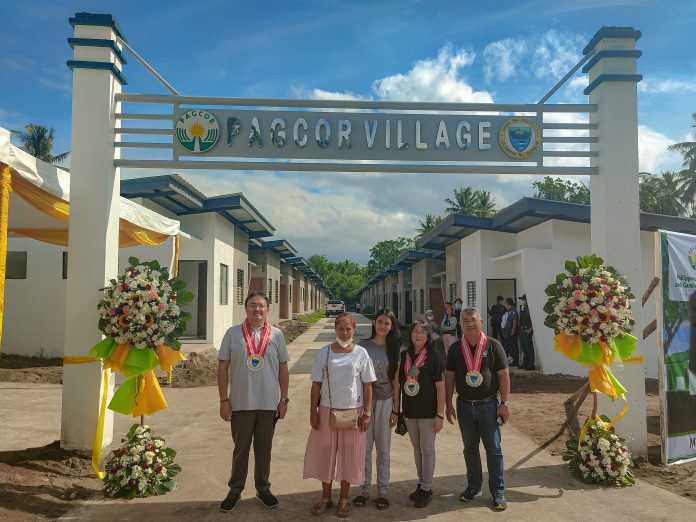 THE number of communities with permanent emergency facilities and newly-built houses continue to rise after the Philippine Amusement and Gaming Corporation (PAGCOR) inaugurated a Multi-Purpose Evacuation Center (MPECs) in Cabuyao City, Laguna and a PAGCOR Village in Agoncillo, Batangas on December 16, 2022.

The opening of the PAGCOR Village in Barangay Coral na Munti in Agoncillo could not have come at a better time since the town is currently on Alert Level 1 status due to Taal Volcano’s increased activity.

Meanwhile, Asst. Vice President for Community Relations and Service Department Eric I. Balcos commended the town of Agoncillo for its efficient use of the grant. He noted that the town wasted no time in constructing the project.

Cabuyao City Mayor Dennis Felipe Hain said having a permanent evacuation structure is very important for their city as they have a large population, which makes it challenging for the local government to accommodate all families from different communities.

Prior to the unveiling of the MPECs in Cabuyao City, PAGCOR also inaugurated on December 9, 2022 a two-storey evacuation structure at Barangay Plazang Luma in Arayat, Pampanga.

To date, a total of 18 MPECs have already been constructed by the state-run gaming agency nationwide.

The live edition of MARE BALTICUM Gaming Summit is going ahead as planned, 6...