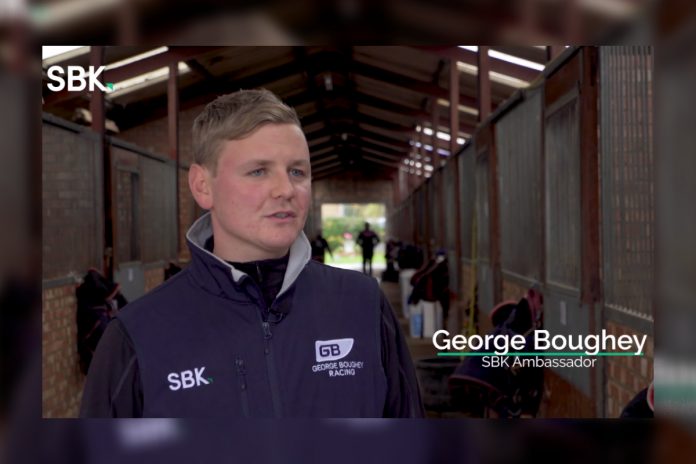 SBK – the sportsbook app powered by Smarkets – is delighted to announce that trainer George Boughey and jockey Tom Bellamy have become brand ambassadors.

As part of the agreement, SBK will sponsor Boughey and his growing Newmarket yard for two years, while jump jockey Bellamy has become an ambassador for 12 months initially.

Boughey – the first trainer SBK has sponsored – is just 29 years old and one of the most exciting training talents around. In 2021 so far, he has sent out 81 winners in Europe at an eye-catching 19% strike rate.

He has made a name for himself as a leading trainer of two-year-olds with the fifth-most juvenile winners in the country – only established names Karl Burke, Charlie Appleby, Mark Johnston and Richard Hannon have trained more in the same period.

Bellamy, who earlier this year became stable jockey for Emma Lavelle, is enjoying a fine season in the saddle with 22 winners already after he won 37 races in the 2020/21 campaign, a personal record.

“I’m delighted to be teaming up with SBK for the next two years. It is a really exciting partnership for all of us at Saffron House Stables and hopefully we can continue to progress as a yard in 2022 and beyond.”

“The opportunity to sponsor George Boughey and his yard is an incredibly exciting one for SBK. We are thrilled to be teaming up with one of the most promising stables in the country and we can’t wait to see what George and his team will achieve in the coming years.”