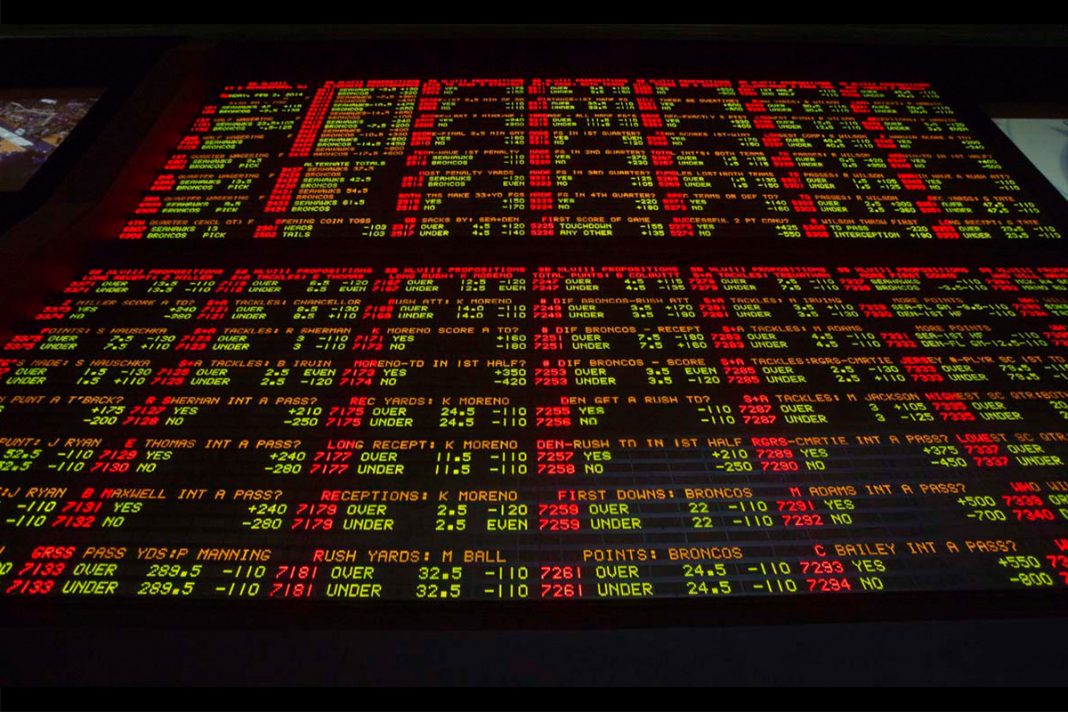 The 2021 NCAA Men’s Basketball Tournament will almost certainly be the first sporting event in U.S. history to draw more than $1 billion in legal wagering and could approach $1.5 billion, according to projections from PlayUSA, the leading source for news, analysis, and research related to the market for regulated online gaming in the United States. But without data from last year following the cancellation of the 2020 NCAA Tournament, and a regulated sports betting landscape that has radically changed from 2019, predicting precisely just how much in wagering March Madness will generate is nearly impossible, PlayUSA cautions.

“The 2021 NCAA Tournament will be the most widely bet-on sporting event in U.S. history,” said Eric Ramsey, analyst for PlayUSA.com. “The popularity of the NCAA Tournament combined with such a high number of games typically makes March Madness the largest sports betting holiday each year in terms of handle, and there is no reason to suspect that won’t be the case this year. But the number of legal sports betting markets has more than tripled since 2019 and we are still in the midst of a pandemic that could slow retail sportsbooks. Those reasons alone make this year difficult to predict.”

The last time the NCAA Tournament was played in 2019, bettors in seven states could place a wager legally. Those seven states, which includes today’s three largest markets, New Jersey, Nevada, and Pennsylvania, as well as Delaware, Mississippi, Rhode Island, and West Virginia, managed to generate an estimated $440 million in bets, or about 40% of the nation’s overall handle in March, according to PlayUSA.

Now with 20 states and Washington D.C. offering some form of legal sports betting, the U.S. landscape has shifted dramatically. That includes most of the nation’s largest markets behind the Top 3, including Illinois, Indiana, Colorado, Tennessee, and Michigan. And Pennsylvania, now the nation’s third-largest market, launched online sports betting after the 2019 tournament.

“The Super Bowl draws the most bets for a single game, but March Madness and its 60+ games should more than double what the Super Bowl draws,” said Dustin Gouker, lead analyst for PlayUSA.com. “But the dramatic expansion of legal markets, as well as the exponential growth within each market, means more people will have an opportunity to bet on the NCAA Tournament than ever before. And that will produce an eye-popping handle number that could reach $1.5 billion.”

2021 also brings multiple factors that will be unique to this year’s tournament. For one, pandemic-related restrictions are still in place in some legal jurisdictions, and most bettors may still be hesitant to make a bet indoors. That could have a significant effect on event-driven markets like Nevada, which relies on retail betting far more than in most of its largest rivals. New Jersey, for instance, accepts about 90% of its bets online, and PlayUSA projects that the Garden State could draw more than $300 million in NCAA Tournament bets this year, more than any other state.

In addition, for the first time in history every game of the NCAA Tournament will be played in a legal sports jurisdiction. With so many games being played locally, that jurisdiction, Indiana, has the potential to far outperform what would normally be expected of the nation’s fifth-largest U.S. sports betting market.

“With so many variables at play, this will be a fascinating NCAA Tournament to watch,” Ramsey said. “We know that the tournament will draw heavy action. But it won’t look like any NCAA Tournament that we have ever seen.”

Graphic of the day – Top online casinos in Sweden

Quixant to Focus on Sports Betting at ICE London 2020