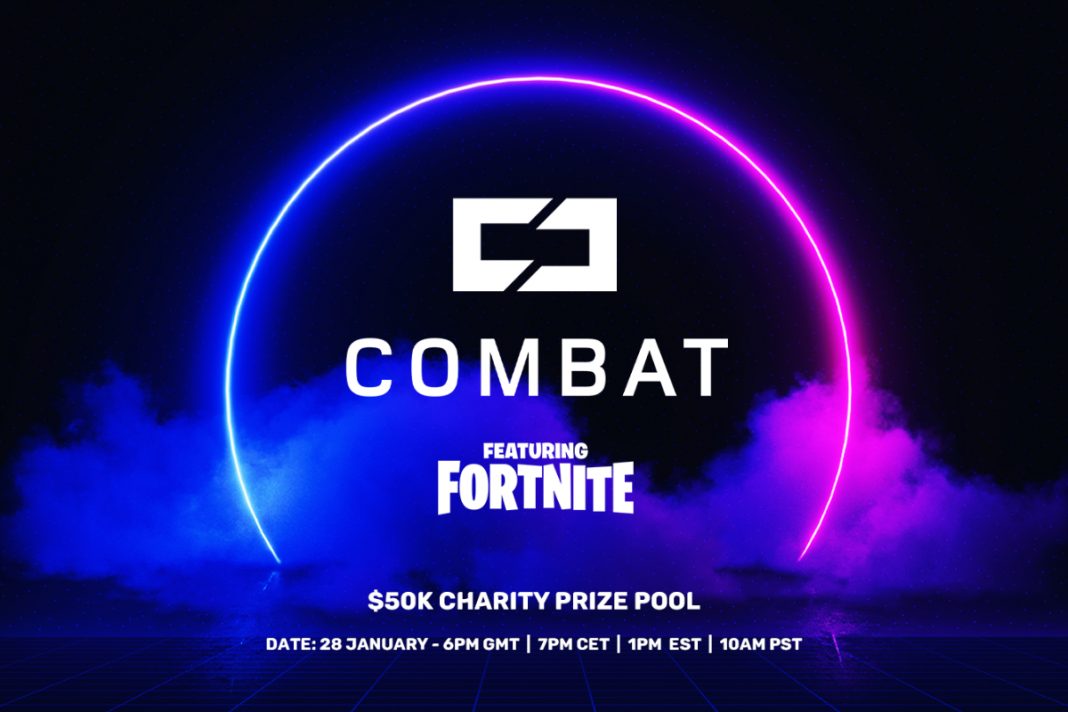 Combat Gaming reveals the full lineup of celebrities, content creators and pro players to take part in their first charity event of the year, where $50,000 will be won for a charity or cause of their choice

Combat Gaming, the gaming and entertainment brand that unites talent from the worlds of music, sports, fashion, and entertainment through gaming, reveals the full talent lineup for their first charity tournament of the year. Celebrities, athletes, content creators and pro players including Arsenal player Pierre-Emerick Aubameyang, musician James Arthur, Grefg, who is currently the biggest streamer in the world, and BenjyFishy, one of the best pro Fortnite players in the world, will compete in Fortnite for $50,000 that will be donated to a charity or cause of their choice. The full star studded talent lineup includes:

Combat Gaming is a new gaming collective and membership club launched by 38 Entertainment, co-owners of Ellevens Esports alongside football superstar, Gareth Bale. In 2020 the team launched Combat Corona to raise urgent funds during the beginning of the global pandemic. The first event saw 1.2m live viewers tune in to watch footballers Gareth Bale, Paulo Dybala, Ruben Loftus-Cheek, Mason Mount and more compete in a FIFA 20 tournament to raise money for UNICEF. The second event saw 1.9m viewers watch a star-studded lineup including Vikkstar123, Ed Westwick, Caspar Lee and Trent Alexander-Arnold battle it out in Call of Duty: Warzone to raise money for Direct Relief. Over $25,000 was raised across the two events.

Following the events’ success and the ongoing support from talent, Combat Gaming is pleased to continue their charity activations with four events spanning different games planned for 2021 with the first event featuring Fortnite. The tournament will be played in teams of three with celebrities, content creators and pro players joining forces. Amongst the matchups includes: Chelsea and England’s Mason Mount, EXCEL Esports’, Wolfiez, the youngest UK player to win $1m in Fortnite, and footballer Nathan Wood. While James Arthur will team up with YouTube star Nicks and Swedish Fortnite pro Endretta. The $50,000 prize pool will be split between the top three teams, with the money going to the players’ choice of charity or cause.

Fans are also invited to take part in the event with a handful of spots up for grabs. Sign up to Combat’s free membership at combatgaming.gg, and you could be selected to participate in the event and have the opportunity to play against big name celebrities and the world’s leading Fortnite talent.

Octro to Expand its Business Overseas

ICE London, Martin (SKS365) about italian market: “It is in times of difficulty that...

Silverback Gaming takes players on a voyage with The Golden Sail