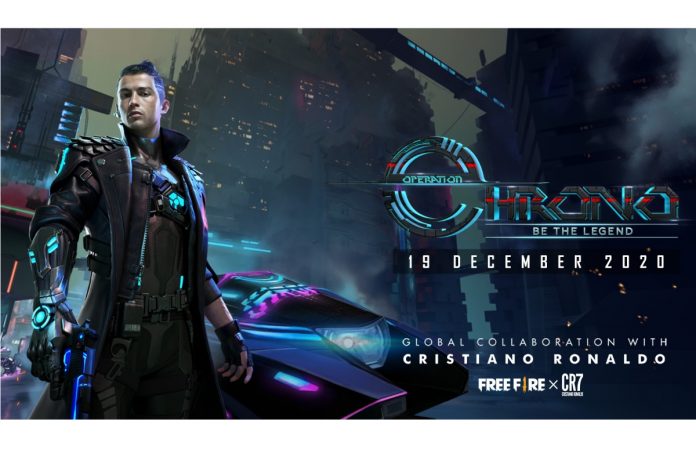 Cristiano Ronaldo will be a character in Free Fire, with a whole universe built around him

Free Fire, Garena’s first self-developed game, unveiled Cristiano Ronaldo as its latest global brand ambassador today. The partnership marks one of the most significant tie-ups within the gaming industry in recent times, uniting one of the world’s most popular mobile games with a global sporting icon. Free Fire’s partnership with Cristiano Ronaldo builds on its strategy to continuously bring exciting content for all users all over the world; to enrich, engage, and inspire users to battle in their own styles while having fun along the way.

“This is a really significant partnership for Free Fire. Cristiano Ronaldo is a role model for many of us, and being able to collaborate with him and present him to hundreds of millions of people around the world is truly exciting,” said Harold Teo, Free Fire Producer at Garena. “Our partnership with Cristiano Ronaldo offers even more ways for our communities all over the world to enjoy Free Fire.”

What players can expect from Operation Chrono

Players can look forward to playing as Cristiano Ronaldo in the game, in an all-new character called Chrono. More details will be unveiled through this dedicated Chrono microsite.

Cristiano Ronaldo, Free Fire’s latest global brand ambassador, expressed his delight at partnering with one of the world’s most popular mobile battle royale titles, particularly as he worked closely with the team to bring Chrono to life. “It’s a great feeling having not only a character in Free Fire modelled after me, but also having the whole universe within the game changing along with it.”

“The Garena team has worked into the game tons of new features and elements for Operation Chrono. I hope Free Fire players all over the world are just as excited as I am!” said Cristiano Ronaldo.

Excitement around the industry

“The amount of planning, creativity and detail that has gone into making Chrono is just amazing and is really exciting for Free Fire players. This partnership demonstrates the endless possibilities for both industries,” House added. SportQuake, the football partnership experts, were among the parties involved to bring the partnerships to life.