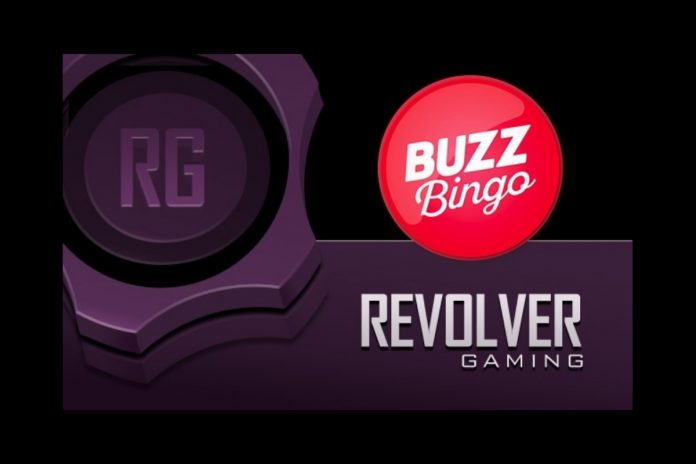 Revolver Gaming is delighted, as the company’s slot machines have been added to UK operator Buzz Bingo, the leading online casino and bingo site.

The two companies reached an agreement for the addition of Revolver’s entire slots catalogue to Buzz Bingo’s library, giving players the chance to spin the reels on classic titles like Multiplier Man, Wishes, and Lotto Lucky. Further games will be added to the Buzz Bingo lineup, with the recent hit Irish Coins, which launched in September and Neon Blaze targeted for a December release.

Revolver is connected to Buzz Bingo thanks to its POP integration with Playtech, whose platform power’s Buzz Bingo’s online system.

“Buzz Bingo is a huge brand in the UK, and it’s awesome to be allied with the company,” said Revolver Gaming CEO Ryan Lazarus. “The partnership with Buzz Bingo further expresses our continued commitment to the UK market and I’m looking forward to seeing our games entertain their players.”

Kieron Shaw, Digital Operations Manager at Buzz Group commented, “We already have a host of fantastic bingo and slots games at Buzzbingo.com and we are thrilled to be working with Revolver Gaming to add its most-loved games for our customers to enjoy.”

Evoplay heads out to water in Mega Greatest Catch