Home Latest News s your island the best in show? Win a Google Mini with... 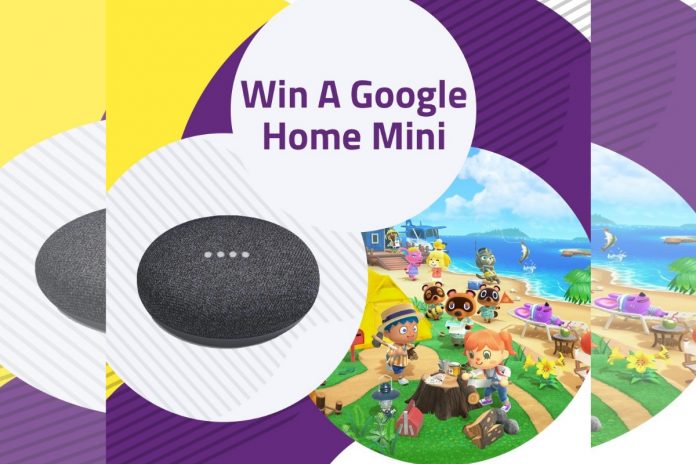 A new competition has launched to find the best Animal Crossing island designs, following on from the release of Animal Crossing: New Horizons earlier this year.

The competition, run by online smartphone retailer, e2save, is challenging avid Animal Crossing fans across the country to showcase their islands in a bid to win a Google Home Mini.

With more than 13 million copies of the New Horizons edition sold within the first six weeks of the release2, e2save is asking gamers to show off their islands in a photo competition. The competition is open now and will end on 4th September. To enter, you’ll need to visit e2save’s Facebook page here and submit a picture of your island to be in with a chance of winning.

The competition comes as searches for ‘Animal Crossing’ have increased by a staggering 1,010% in the last 12 months1, with 165,000 average monthly searches in the UK, according to research conducted by e2save. The searches peaked in April this year, with a whopping 3,131,860 searches after the game’s release in March1.

The Animal Crossing series has been loved by fans across the world since its initial release in 2001, due to its iconic characters such as Tom Nook and its adorable game play. The addition of New Horizons to the series sees gamers move to a deserted island, rather than the rural village featured in previous games.

With the option of designing and creating your own home and surroundings, the series attracts gamers with a creative flair. Searches for ‘Animal Crossing design’ increased by 7,614% in the last year1 and ‘Animal Crossing custom designs’ also rose by a huge  80,900%1, showing that players are keen for their village to look the part.

Karl Middleton, Mobile Expert at e2save, said: “We’re big gamers at e2save and we were all excited with the launch of the Animal Crossing: New Horizons earlier this year.

“With the ability to design and create your own island, as well as incorporating custom designs, New Horizons is a great addition to the Animal Crossing collection and has provided many of us with hours of fun. With so many users searching for tips on island designs, it’s easy to see that gamers are taking real pride in their island and wanting it to look the better than their friends’.

“We wish all those who take part in our competition good luck and may the best island win.”

THE FUTURE FORECAST 2022: ESPORT IS THE NEW FAMILY SPORT