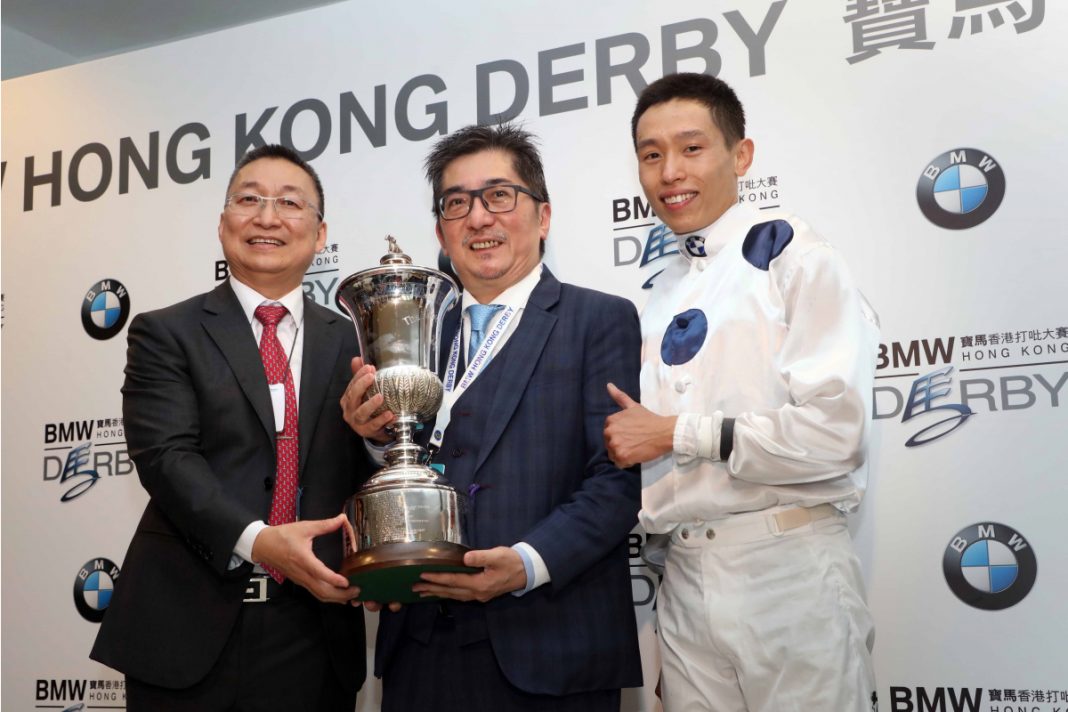 The historic BMW Hong Kong Derby is Hong Kong’s most important domestic contest and will be worth HK$24 million (£2.4m), a HK$4 million (£400,000) increase on the 2020 renewal. The 1m2f contest is a key race each year, being a vital springboard for the next crop of Hong Kong’s stars, and regains its position as the second-richest Derby in the world, behind only Japan’s equivalent and ahead of the Kentucky Derby, the UAE Derby and the original Derby at Epsom.

Total prize money for the 2020/21 season’s 88 meetings at Sha Tin and Happy Valley is up by approximately 4.9% on the 2019/20 season. This year’s lucrative purse increases span all handicap races from Class 1 down to Class 5.

Hong Kong Racehorse Owners Association President Mr. Chew Fook Aun said: “At a time when prize money levels are being cut worldwide, the prize money increases announced today by the Hong Kong Jockey Club are very welcome news, and a testament to the strength, resilience and buoyancy of Hong Kong racing, even in these very difficult times”.

Mr. Andrew Harding, Executive Director, Racing, at the Hong Kong Jockey Club said: “Hong Kong racing is among the best in the world and part of what makes it such a competitive sports environment is the excellent prize money available from Class 5 right up to Group 1. Despite the issues associated with the COVID-19 pandemic and the uncertainty in world economies, we will continue our successful strategy of recent years to increase purse levels as necessary in order to reward and encourage our owners and to ensure Hong Kong’s elite races are attractive to overseas competitors. This approach has been a core element in Hong Kong being able to maintain its position as a world leader in providing quality horseracing and has enabled us to achieve between 20 and 26 horses in the World’s Best Racehorse Rankings for each of the past seven years.

“For next season, the Club has increased prize money to a record overall sum, including a significant injection across all Class 1 to Class 5 handicap races and Group 2 and Group 3 contests. We believe this will help to enhance competition and assist our owners in their attempts to purchase and import the best possible horses in a difficult economic climate.”

Mr. Harding noted the importance of ensuring Hong Kong’s elite races, including the BMW Hong Kong Derby, continue to offer purse money which is among the best in the world.

“Hong Kong is already home to the world’s richest turf races at 2000 metres (1m2f), a mile and 1400 metres (7f), and, while our Group 1 prize money is strong, we have nonetheless identified a specific need to increase the prize funds for six of our Group 1 races, notably the LONGINES Hong Kong Sprint (6f), which regains its status as the world’s richest Group 1 turf sprint,” he said.

“We have also increased purses for each of our three Four-Year-Old Classic Series races, notably the BMW Hong Kong Derby, which regains its position as the second richest Derby in the world. The investment from our owners in high quality young stock for our Four-Year-Old Classic Series each year brings a vital replenishment of our elite cohort of runners, which in turn maintains the very high standard of racing here in Hong Kong.”

The Hong Kong Jockey Club has also introduced a new bonus for the LONGINES International Jockeys’ Championship held at Happy Valley in December.

Opera GX blasts off with Operius, the new arcade space shooter to play in the browser when your WiFi is gone

Melco Resorts Still Hoping for an IR Licence in Japan

The Favourite Video Games From Across The World