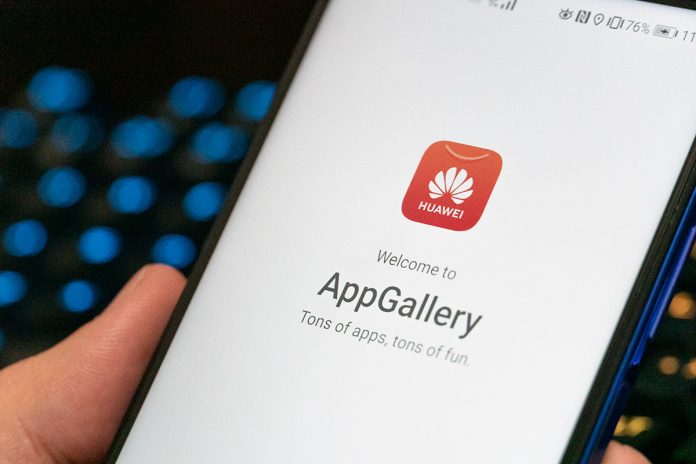 Everyone is looking forward to wind-down as the year gradually comes to an end, taking a breather and slowing down to enjoy the festivities with our family and friends. It’s a time to relax and rejuvenate, by spending time with loved ones, reigniting hobbies, or even play the backlog of games accumulated throughout the year.

In this period of restriction measures and isolation, there’s no better time to stay at home and play your favourite games with friends online. It’s the best way to spend time with your loved ones while keeping the safety distance – meeting them virtually to chat about each other’s highlights of the year over gameplay. You can even create new experiences together by completing epic boss raids, surviving a battle royale match as a team, or creating mayhem by racing down the streets of San Francisco.

To get the most out of each game you play, download and play from AppGallery’s year-end Game Fest. Running from now till 23 December, gamers can redeem exclusive gift packs for selected games which contains in-game items worth up to US$20 per gift package – more details below.

Need help to choose your next play? We got you covered – here’s 12 games to kickstart your year-end adventure with Game Fest.

Ever wanted to race down the streets of Shanghai, island-hop around The Caribbean, or even sight-see in Himalayan Mountains? You can now do it with your friends while driving nitro-cranked supercars in Asphalt 9: Legends. Players have praised the series for its console-like experience with the high-quality visuals, as well as the adrenaline-pumping high-speed chase with blockbuster set pieces.

Moreover, AppGallery is now giving away game codes for its Luxury Gift Pack as part of Game Fest, with 125 Tokens, 50,000 Credits, and a Ferrari F40 Limited-Time Pack worth US$20, giving you more reason to play the ultimate free-to-play arcade racing game available on the platform.

When it comes to the zombie survival genre on mobile, State of Survival is definitely the go-to for MMORPG fans looking for zombies to kill and a settlement to manage. The game incorporates elements beyond traditional strategy games into the gameplay, such as tower defence, resource management, as well as engaging storytelling. You can even partner with your friends to combine resources and firepower to make sure your settlement survives against zombies and other hostile players.

To get ahead of your peers, you can redeem a Luxury Gift Pack on AppGallery as part of Game Fest,  with items such as Construction Speedup perks, food and building resources, as well as Biocaps worth US$10.

There’s no denying the zombie survival being a very popular genre, where they still remain fresh to this day with more games and movies drawing inspiration from the various medium. Last Day on Earth is no different – it draws inspiration from popular zombie franchises that put you in the shoes of a survivor fending off zombies and intruders, while looting for resources and food to ensure your survival. It keeps the game fresh with regular updates and addictive resource management mechanics that many fans would love and enjoy.

Newcomers to this game would be delighted to know that they’ll be receiving Game Fest freebies from AppGallery – a Luxury Gift Pack with resources, weapons and a dog companion to help them kickstart their journey into the post-apocalyptic world of Last Day on Earth.

Teamwork makes the dream work, and that’s absolutely true when you assemble the greatest team of monsters in Summoners War with your friends to challenge the Tartarus’ Labyrinth with your Guild Members. If you’re into collectables, this game is definitely for you, as there are more than 1,000 different types of monsters to summon and train with 100 million other Summoners around the world. Players love the variety and endless new content released periodically, as it keeps the community engaged and challenged.

As part of Game Fest, players can now redeem a Mystical Scroll from AppGallery to summon a rare Monster to continue their conquest to become the greatest Summoner of all time.

Many first-person shooter lovers would have grown up playing Counter-Strike on PC to scratch their competitive itch. What if we told you that you can do the same with Standoff 2, but this time on mobile, where you can play anytime and anywhere? With six different maps, and three game modes to choose from, you can challenge your friends in a showdown of reflexes in ‘Deathmatch’, ‘Defuse the bomb’, and ‘Arms Race’ game modes. Long-time players love the quality of graphics and unique customisation system to their characters.

During the Game Fest period, AppGallery is giving away free Battle Pass and Acid Carbon Weapon Skin to help you and your friends kickstart your Standoff 2 career.

Any MMORPG fanatic would have heard of Perfect World series, a classic Chinese mythology influenced adventure and fantasy game spanning three games since its release in 2006. Perfect World Mobile brings the full experience right into the palm of your hands, with console-level graphics and expansive world to explore. Players love the endless activities in-game, such as gathering, cooking, and fishing, alongside epic battles with friends and allies within the game.

You can even redeem a Luxury Special Gift on AppGallery with a Hell Hound ride, as well as various items and in-game currencies, during this Game Fest period.

Shake up the status quo with World of Tank Blitz MMO and light up your year-end festivities with explosions, bullets, and raging flames. With over 350 finely detailed combat vehicle choices, players can find a perfect vehicle for any playstyle to strike fear in their opponents with. It’s cross-platform play earned praises from players across the globe, with the high-quality graphics and engaging gameplay that continues to draw players back into the game for more.

Grab your friends to join in the battle with a newcomer Blitz Gift Pack that gives you a 7-day premium account with 250 gold to spend on new loot, redeemable on the AppGallery as part of Game Fest.

If you have a great hand dexterity, thirst for hardcore challenge, and enjoy console-like quality games, Pascal’s Wager is definitely for you. This Soulsborne-like masterpiece delivers immersive, action-fuelled dark fantasy adventure, that will definitely test your skills as a gamer with challenging enemies and boss fights littered through the game. Players have praised the game’s Lovecraftian-style visuals and score, as well as creative enemy design and intuitive combat mechanics.

Are you someone who is great with surviving in the wilderness with 49 other players hunting each other to emerge from the top? This game definitely fits the bill and will definitely keep you entertained for hours with exciting gameplay, smooth controls, and high-quality graphics, as well as voice chat support to play with your friends. The constant updates to keep the content fresh, as well as endless loot, skins, and pets, kept the players going back for more.

If anime-style battle royale is what suits you, there’s of course Eclipse Isle. The mechanics differs with the usual run-gun-survive battle royale gameplay – each hero within the game possesses unique skills and talents to assist them in their fight for survival. Players praise the oriental fantasy theme used in the game, with eye-popping art style and character design. The differing seasons and weather also add variety to the gameplay, challenging players to employ different strategies during different playthroughs.

Imagine this: Having a quiet laidback evening, sipping your favourite beverage right before bed, and winding down to a soothing game that keeps your senses satisfied. ASMR Slicing does just that, simulating realistic slicing of kinetic sand and various objects, providing haptic feedback and relaxing ASMR sounds. Keep your senses entertained and feel immense satisfaction with this immersive simulator!

When it comes to competitive mobile games, MOBA (multiplayer online battle arena) is definitely on the list. The recently launched Dystopia: Contest of Heroes, which is exclusive to AppGallery, features high quality, intense colour graphics and a collection of fully customisable 3D heroes with player-controlled abilities. If you’re a fan of mixed martial arts, you’ll also be glad to know that Conor McGregor, Irish professional mixed martial artist and boxer, and former UFC champion, is the face of the game.

2021 WORLD SERIES OF POKER® IN REVIEW: WEEK THREE HIGHLIGHTS AND WHAT TO...

FSB appoints Susan Ball to board as Non-Executive Director