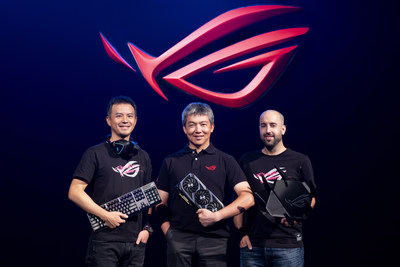 ASUS Republic of Gamers (ROG) has announced an all-new lineup of gaming gear at the Meta Buffs online launch event.

“Recently, people are spending much more time at home working, learning and playing. With a greater focus on doing what they enjoy the most, a lot of gamers have aspired to level up by adding peripherals or upgrading their PC components. For all of you looking to gain an advantage in gaming, ROG is here to upgrade your gaming experiences with meta buffs,” Jackie Hsu, ASUS Senior Vice President and Co-Head of the Open Platform Business Group and AIoT Business Group, said.

The clock is ticking for land-based lottery operators