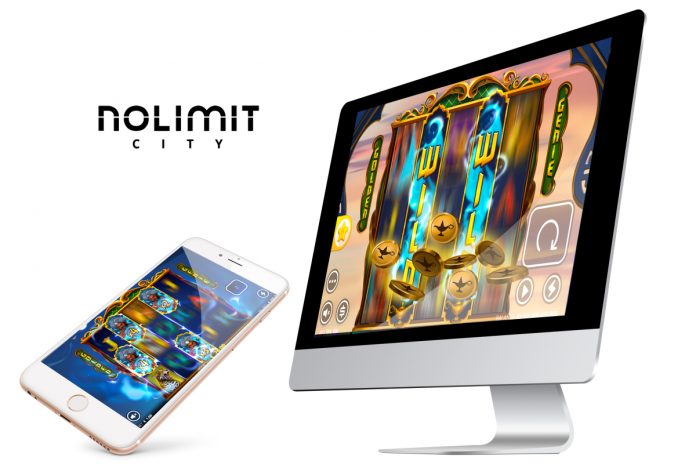 Fresh from a flurry of new exciting releases, the Malta based Software Provider keeps the pace at fifth gear with the announcement of yet another mega title that’s set take their audience to a new journey offer an exciting theme by the developer.
Set in the beautiful landscape of the expansive Arabian Desert, adorned with Middle Eastern décor and a touch of romance, this fairy tale slot game delivers more than just a picturesque image. A video slot that offers multiple in-game features, keeping suspense a common trait with a flair of imagination that’s jumps at you from every angle.

Golden Genie and The Walking Wilds presents a familiar 5×3 reel format with 20 win lines from the initial outset, but once the journey begins, you’ll be swept by your feet with surprising random features such as Genie Wishes, which happen every-time the male protagonists connects with the golden lamp. Connecting the two will offer random multipliers and wilds distributed across the screen. The Genie Wilds will award two stacked wilds on reel 2 and 4 and turns the game paying both ways. But the true magic happens when 3 genie scatters land and start the Genie Parade – walking wilds in the form of a Golden Genie taking the lead, every step to the left will increase the multiplier wild. The Golden Genie walks away from the screen only to carry over the multiplier and add it to the next one ahead!

Per Lindheimer, Product Owner at Nolimit City, said: “The mysterious and often told stories of Arabian Nights is now interpreted by Nolimit City in a truly remarkable setting – beautiful graphics accompanied by highly exciting and intense features with loads of potential really honors the powerful Genie of the Lamp.”

Golden Genie & The Walking Wilds is available on all Nolimit City partners from July 7th, 2020