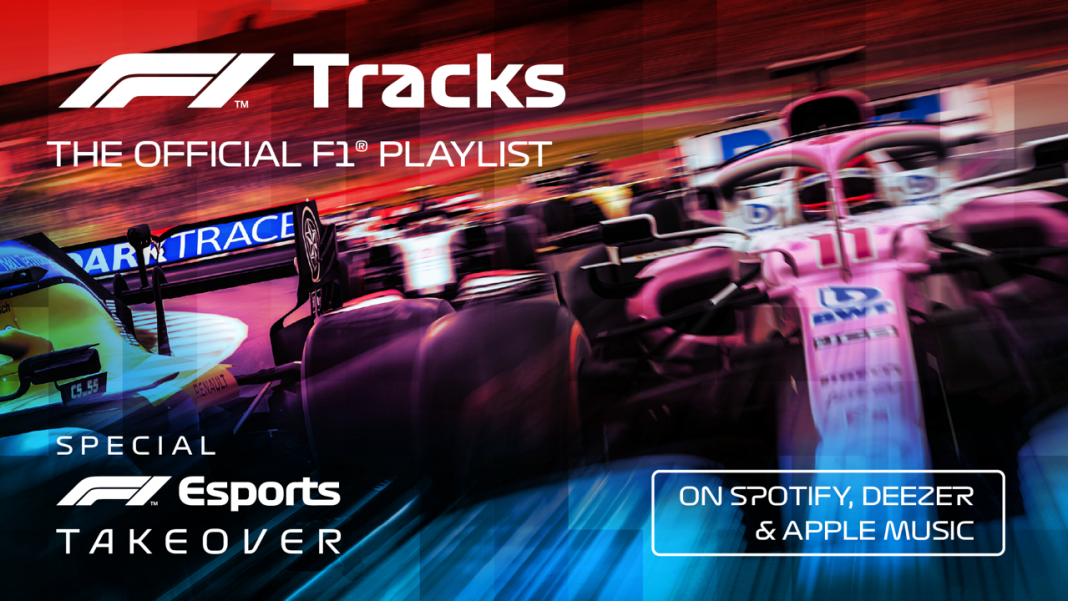 This week’s F1 Tracks takeover has landed with an F1 Esports Takeover.

This year, Formula 1’s elite virtual racing series is conducting remotely for the first time ever, along with offering competitors its biggest ever prize fund at $750,000. To coincide with the 2020 F1 Esports Pro Draft Reveal Show presented by Aramco, this year’s drivers take over the F1 Tracks airwaves to select their very own playlist.

On the show, the teams announced their line-ups for the 2020 season for the first time, with each team required to add at least one qualifying draft member to their three-driver roster from a group of 45 qualifiers.

Each driver suggested their favourite tracks for the takeover, ensuring the playlist is as thrilling and unpredictable as the Esports action. Some of the tunes in the playlist include, Queen’s “Bohemian Rhapsody”, The Killers’ “Mr. Brightside”, Rizzle Kicks’ “Down With The Trumpets”, Mabel’s “Don’t Call Me Up” and “Dancing in the Moonlight” from Toploader.

F1 Tracks unites both music and sport, providing a dynamic platform for fans which brings the two together. The full F1 Tracks: F1 Esports Takeover playlist can be found on Spotify, Deezer and Apple Music.

Admix Extends Series A Round to Raise Further $1.5 Million from Leading Gaming Investors

The guests of Casino Malta continue enjoying the EGT games